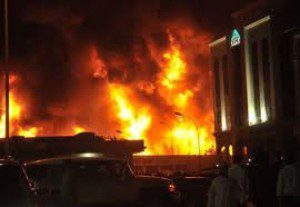 The children, aged three, nine and 11 were reportedly burnt to death in their house Wednesday morning. 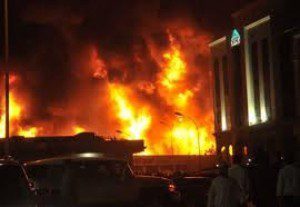 Mr Kwesi Bediako, father of two of the children sustained serious injuries and is said to be receiving treatment at the Nkwanta District Hospital.

An eyewitness told the Ghana News Agency that Bediako, a premix fuel dealer, kept gallons of the fuel in his kitchen which caught fire when his wife was boiling water.

Personnel of the Fire Service brought the fire under control after three hours, the eyewitness said, adding that the charred bodies of the children had been deposited at the morgue.
The witness said the house was filled with relatives, friends and sympathizers who wailed uncontrollably.