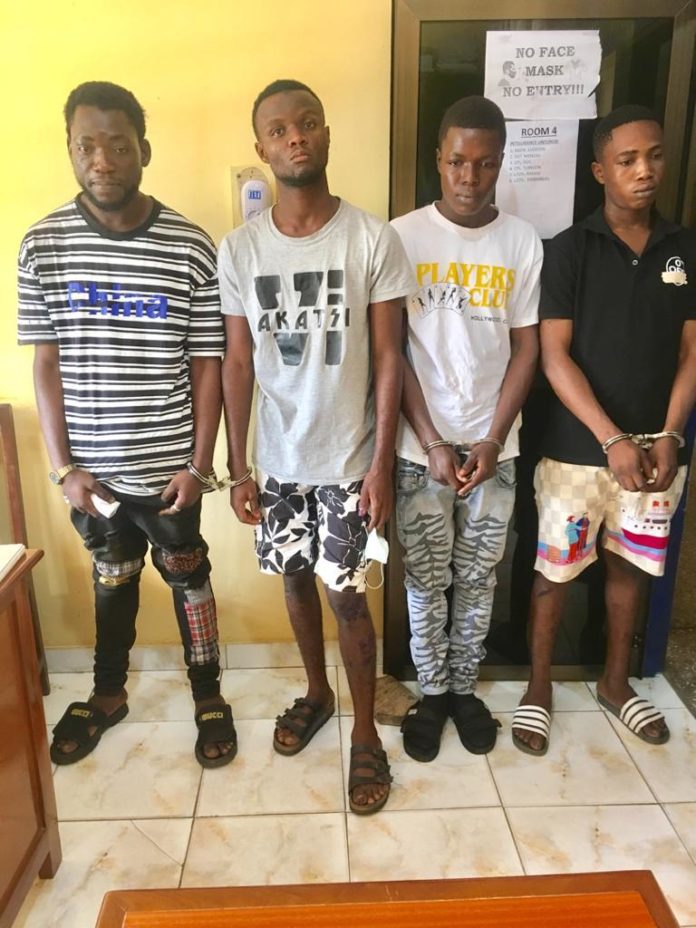 The National Lottery Authority(NLA), in collaboration with the Volta Regional Police Command, has arrested four lotto fraudsters operating at Akatsi in the Volta Region.

The Circuit Court in Ho, presided over by Justice Felix Datsomor, remanded the suspects into Police Custody to re-appear on September 23, 2020.

A statement signed by the Public Relations Unit of the NLA in Accra said the lotto fraudsters created Facebook accounts, Whatsapp and social media platforms, using the logo and pictures of the staff of the NLA and sometimes pictures of other people to defraud the unsuspecting public.

The statement said: “It is very sad that these lotto fraudsters are able to convince people who want to be rich overnight to make mobile money transfers to them in exchange for fake winning lotto numbers.”

According to the statement, “the lotto fraudsters also demand 20-40 per cent of the amount of money they claim the victims had won before NLA would pay their winning tickets.

Subsequently, after the victims pay the lotto fraudsters with the percentage of the fake winning prize, the fraudsters then quickly block the phone calls of their victims and vanish.”

It said the lotto fraudsters sometimes manage to convince their victims to send money for Registration to qualify them for the leaked winning numbers.

“The NLA would like to state categorically that, NLA has not designed any Registration Forms for the public to register for winning lotto numbers.

The outcome of Lotto Draws are conducted openly and transparently and the Draw is open to the general public for witnessing daily, except Sundays and public holidays,” the statement said.

It added that it was false that people and the staff of the NLA have access to winning lotto numbers and commend the Volta Regional Police Headquarters for a successful operation.

“The Authority shall continue to collaborate with the Police and other relevant security agencies to arrest the Lotto Fraudsters across the Country, adding that, it was the responsibility of the public to be more vigilant and discontinue engaging the services of the lotto fraudsters,” it said.

“Lotto is a game of chance and it is impossible to foretell winning numbers before draws”.