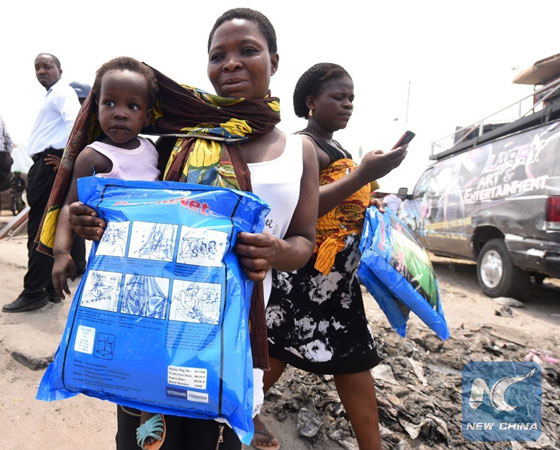 The campaign, which would see the distribution of more than two million insecticide treated nets in the region is aimed at ensuring that every household use the nets to help prevent malaria.

Nii Djanmah Vanderpuye, Deputy Regional Minister, said the campaign has come at an appropriate time considering the fact that one of the cardinal principles of controlling vector-borne disease is to break the man-vector disease.

He said the use of the insecticide treated nets in malaria control does exactly that by creating a barrier between human beings and the female anopheles mosquito.

He said the house to house registration exercise is aimed at getting most members of the community registered in an attempt to ensure that each individual possesses an insecticide treated net.

He said it is one of the ways to ensure that government sustains its commitment to improve malaria prevention and control in Ghana.

Nii Vanderpuye said malaria is one of the leading causes of death in the region and the country as a whole, particularly among children and pregnant women, and as such encouraged all to act responsibly and refrain from activities that make all susceptible to diseases.

He said: “It is an undeniable fact that, mosquitoes and other disease vectors breed in filth, and so long as we allow the conditions in our backyards and environment to remain conducive to them, malaria would also continue to be a disease that we would have to grapple with as a country.”

He called on all citizens and stakeholders to support the Ghana Health Service (GHS) and the NMCP to ensure that the aspirations of the campaign come to fruition.

Mrs Otubea Owusu Akrofi, NMCP, said registration of household for the campaign starts from May16 to May 20, after which coupons would be distributed based on the number of people in households.

She said distribution of the insecticide treated nets would be done within seven days from June 4 to June 10, saying there would be distribution points in every sub- district for the household heads to present their coupons for redemption of the nets.

Mrs Owusu Akrofi noted that the insecticide treated nets have distinctive features including the Ministry of Health, as well as the GHS logo, an inscription stating ‘not for sale’, and is green in colour.

She said at the distribution point coupons would be given back to the beneficiary after redemption of the open packed nets.

She noted that any household that is not able to redeem their nets within the seven days could go to their district health directorates to redeem them within a month.

Mrs Owusu Akrofi, reiterated the fact that the insecticide treated nets when redeemed should be dried in the shade for at least 24 to 48 hours before use, to prevent infections from the insecticides in then.

She said the nets are to last for a period three years and should be washed with mild soap when dirty, dried in a shady area and sewn when torn, to maintain its effectiveness .

She cautioned the public that the nets are not for sale, and should pay any money for them, or pay monies to volunteers for their services rendered.

Mrs Owusu Akrofi said anyone caught taking monies from beneficiaries would be arrested and prosecuted.

Media asked to spread the news on insecticide nets usage