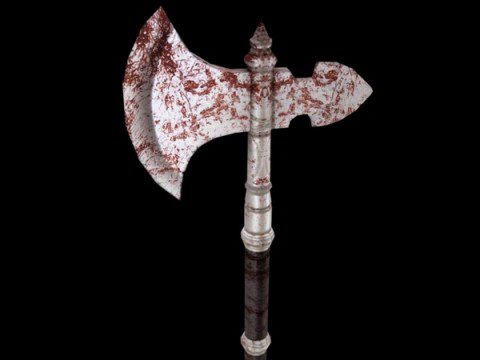 In the absence of one, other tools of mobilization, particularly forces of identity such as ethnicity and religion, become appealing.” Shola Omotola

The death of Adams Mahama, the elected Regional Chairman of the New Patriotic Party of the Upper East Region from acid attack in Bolgatanga, and the killing of Sadique Abubakar Mohammed in Kumasi the capital of Ashanti Region of Ghana leaves a lot to desire about how we understand politics within the framework of democratic practice.

Patience, tolerance and examination of other person’s views for acceptance or rejections are the hallmark of growth in democratic culture whereas compulsion, intolerance and dictatorial tendencies are the hobbyhorse of despotic, authoritarian and tyrannical political syndrome that has undone progress on humanity. It led to the destruction of many a million men on the face of the earth.

British Prime Minister of the Second world, Winston Churchill has it that, to jaw jaw is better than to war war because he cherished conversation as a means of solving deep-seated differences and that this is the basic and fundamental epitome of democracy – tolerance and dialogue.

Dialogue being an essential part of democracy grants free speech and free discussion of issues affecting individuals, the society and political parties from within and without them and this is what the people of Ghana had sought for and gracefully granted under the constitution 1992.

Under the 1992 constitution, Article 21 freedom of speech is guaranteed,

All persons shall have the right to:

a. freedom of speech and expression, which shall include freedom of the press and other media;

b. freedom of thought, conscience and belief, which shall include academic freedom;

c. freedom to practice any religion and to manifest such practice;

d. freedom of assembly including freedom to take part in processions and demonstrations;

e. freedom of association, which shall include freedom to form or join trade unions or other associations, national and international, for the protection of their interest;

These constitutional provisions therefore permits every person whosoever they are to present every issue to open debate- for either acceptance or rejection and no life is worth dying as a result.

Much as that freedom is guaranteed, we also shall do nothing to unlawfully invade another person’s privacy, let alone assault him or intrude into his personally thinking or behaviour.

Article 12 (2); Every person in Ghana, whatever his race, place of origin, political opinion, colour, religion, creed or gender shall be entitled to the fundamental human rights and freedoms of the individual contained in this Chapter but subject to respect for the rights and freedoms of others and for the public interest.

The exceptional situation where a Ghanaian privacy could be intruded is and are for public safety and serenity of the general public. Much as that becomes necessary to execute, it shall be done following routine lawful procedure laid down according to the dictates of the law consistent with Article 18(2)

Article 18(2) . No person shall be subjected to interference with the privacy of his home, property, correspondence or communication except in accordance with law and as may be necessary in a free and democratic society for public safety or the economic well-being of the country, for the protection of health or morals, for the prevention of disorder or crime or for the protection of the rights or freedoms of others.

We must take notice that, under Article 12(1) the State of Ghana and all other agencies and natural persons are duly bond to uphold the freedom of speech, movements, trade, owning property and living a dignified life by all persons under the laws of the Republic of Ghana.

12 (1) The fundamental human rights and freedoms enshrined in this Chapter shall be respected and upheld by the Executive, Legislature and Judiciary and all other organs of government and its agencies and, where applicable to them, by all natural and legal persons in Ghana, and shall be enforceable by the courts as provided for in this Constitution.

Internal political wrangling existed since the birth of democratic movements and it would not change for now. The cautious moments are safe guarded when we respect the views of our colleagues as a measure to progress in our endeavours and not to retrogress. This is the basic and fundamental principle of a living society in quest of growth. If we disobey this principle, more because we are of divergent ethnic groups we end up creating distrust among ourselves thereby hurting our gains in a political struggle.

Kofi Anan, the former United Nation’s General Secretary has it that; “Tolerance, inter-cultural dialogue and respect for diversity are more essential than ever in a world where peoples are becoming more and more closely interconnected”

Democracy abhors extremism, fanaticism and fundamentalism and that no individual or group of persons can hold themselves out as knowing what is best for all of the people of mother Ghana.

Kudos to the framers of the constitution who guaranteed for us freedom of worship, cultural practice and does not in any way encourage beastliest that has gripped the leading opposition party in Ghana as a result of personality contest with abhorrent, repugnant disrespect for the institution of state.

Two lives have been unlawfully deprived of the people of Ghana (Sadiq Abubakar Mohammed and Adams Mahama) against constitutional provision Article 13(1); “No person shall be deprived of his life intentionally except in the exercise of the execution of a sentence of a court in respect of a criminal offence under the laws of Ghana of which he has been convicted”.

President John Mahama’s must enforce the protection of any bit of the constitution he had sworn to protect and his comment (“No amount of political power is worth the drop of blood of any single Ghanaian”), must be written in black and white colours on bill boards and must be erected at the entrance of all the districts in Ghana, to be visible for the incoming and outgoing persons and cartoons of similar expression must be generated for the reading public and for all school going persons and market women of all the districts in Ghana and that NCCE must intensify their campaign in that direction to avoid any klasmisivekov come 2016 general election.

The NCCE must make many flyers and spread it to every household and in it, each and every Ghanaian must be notified that, every adult suffrage is much as qualified as any adult suffrage seeking an office as a President or Member of Parliament if so qualified and that hooliganism has no place in our democratic dispensation long as laws have been amply made to take care of all grievances we may incur in our daily deliberation. Vandalism only would lead to the destruction of our own properties and no others.

To the families of the Adams Mahama and Siddique Abubakar and to officers officiating the New Patriotic Party as a political party, Safe Democracy Ghana sends our condolences and admonish that, die hard members of the party must equally be educated that, tolerance is key to winning democratic credentials and that the only way to uphold democratic tenets is to dialogue at any moment of challenges and that is the key to winning floating voters that shall lead to winning general elections.

We must not divide and fall. We must unite in our little entities and form the broom to clean our compounds and hold fast to our democratic objectives.