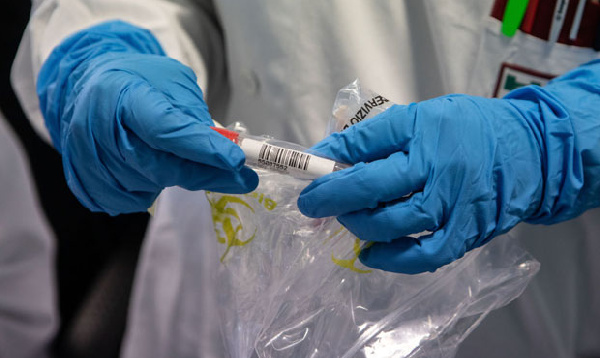 The Ghana Health Service has debunked claims suggesting that two persons have been tested positive to Corona Virus Disease (COVID-19) in the Bongo District of the Upper East Region.

Rumours started on Wednesday that two persons had returned to the district from abroad and were said to be carrying the virus, thereby creating fear and panic among residents in the area.

In a short address to the Press in Bongo to allay the fears of residents, Mr Stephen Bordotsiah, the Bongo District Director of Health Service, explained that the district had no confirmed case of COVID-19, however, two persons had been put on mandatory quarantine.

He said one of them returned to Ghana on Saturday, March 21, 2020, and boarded an OA bus to his hometown, Zorko-Kankoo, a community in the Bongo District, on Wednesday.

The Director indicated that as part of measures to contain the spread of the virus, all persons travelling into the district from outside the region were mandated to be screened and undergo all the precautionary protocols.

As such the Rapid Response Team in the district intercepted two buses from Accra at Bongo, that were on their way to Zorko community and screened all the passengers in the buses.

The team however, had information that a young man among the passengers had returned to the country on Saturday after visiting three countries, India, Dubai and the United Kingdom.

His arrived in Ghana a day before President Nana Addo Dankwa Akufo-Addo issued the directive for border closure and mandatory quarantine and therefore was only screened at the airport but was not quarantined.

The Health Director said the man who had asked his friend to accompany him to the house, on arrival boarded a tricycle with two people in addition to the rider.

“The two have been quarantined at a safe place while their samples have been taken and would be sent to Accra for verification”, he added.

Mr Bordotsiah said a directive had been sent to the management of OA Travel and Tours to assist them in tracing all the passengers who boarded the bus with the returnee so they could be educated on the need to isolate themselves for some time while their health status was monitored.

One of the other two passengers who boarded the tricycle with the returnee and his friend, was a Burkina Faso citizen who managed to escape into his country while the other passenger had been identified and advised to isolate himself.

Dr William Gudu, the Medical Superintendent, Bongo District Hospital, revealed that the two young men looked active and had no sign of health complication, however per the safety measures they had to be quarantined for the next 14 days.

Dr Gudu explained that health professionals were stationed at various communities and vantage points to tackle the spread of the virus and said members of their families were asked to self-isolate themselves while the community was sensitized to avoid stigmatizing the family.

Mr Peter Ayamga Ayinbisa, the Chief Executive for the area, urged the media to always seek for clarification from the relevant stakeholders to enable them report facts and avoid creating panic and fear among the citizenry.

He urged Ghanaians to adhere to the precautionary measures including regular handwashing, use of hand sanitizers, avoid handshaking and covering the nose with a bent elbow when sneezing or coughing as well as adhere to the President’s directives.