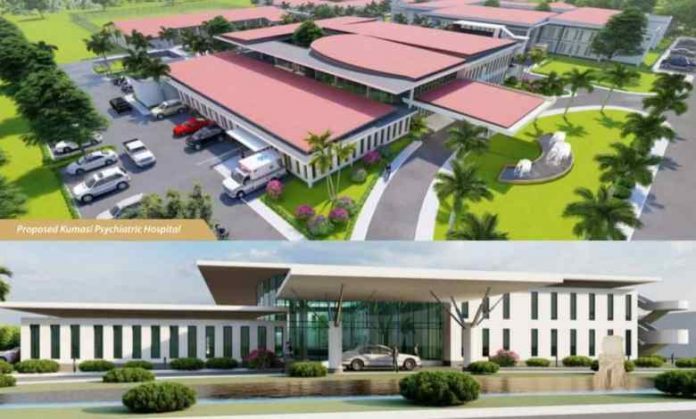 Ms Anna Adukwei Addo, the Tema West Municipal Chief Executive has disclosed that the Assembly is finding it difficult to get the required land for the construction of government’s Agenda 111 district hospital.

Ms Addo said initial efforts by the Assembly to acquire the land at Borteyman did not work out due to the inability of the Survey Department to approve the rezoning of the land for the hospital.

She revealed this in a sessional address during the First Ordinary General Assembly Meeting of the First Session of the Third Assembly.

She said as a result, the Assembly was compelled to submit the site plan for the 2.84acre land at Kotobabi-Baatsonaa to the Office of the Chief of Staff and the Ministry of Local Government, Decentralisation, and Rural Development for consideration.

The MCE indicated that information gathered from the consultant pointed out that the proposals had been sent to the Agenda 111 Secretariat for consideration for a change in design specifically for Assemblies having challenges with land to enable the project to take off in those areas.

“The Assembly will therefore engage the owners of the land for a consensus-building and necessary compensation issues to facilitate the start of the hospital project,” she said.

Speaking to the Ghana News Agency in an interview on the issue, she said the Assembly was also in talks with the Nungua Traditional Council to see how best they could collaborate to either get a bigger land or build some befitting health facility on the said Kotobabi land to serve residents.

She said even though the Municipality was big, it could only boast of the Tema Polyclinic which was in Tema Community Two leaving residents in other areas such as Borteyman, and Adjei-Kojo with no public hospital unless they go to Tema General Hospital and in other districts.

Touching on other issues about health delivery in the Municipality, she said the assembly would ensure all programmes related to the promotion of quality health care such as the expansion of immunization programmes, disease surveillance, and maternal-child health and nutrition improvement projects would be done for this year.

Ms Addo added that the Assembly was collaborating with the Veterinary Services for continuous surveillance of the Bird Flu menace in the Municipality.

Mbeki attacked Ramaphosa? Or Not