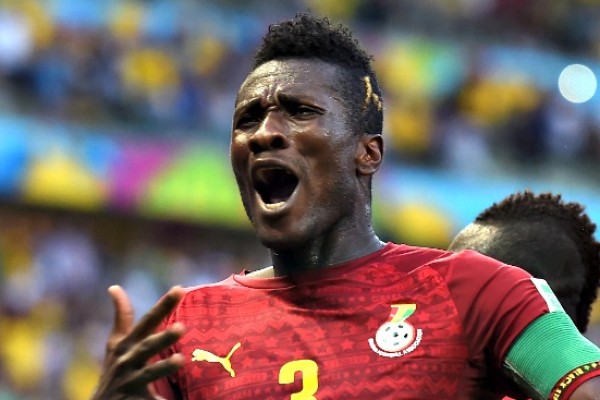 Asamoah Gyan has reiterated his position not to step up for penalty kicks for the Black Stars of Ghana.

The 30-year-old has been involved in several controversy regarding penalty kicks for the Black Stars in the past and faced the wrath of Ghanaian soccer fans as a result of that.

Asamoah Gyan missed from the spot kick in both the 2010 FIFA World Cup in South Africa in the late minute of the quarter finals to deny Ghana, a historic semi-finals berth and again wasted a penalty kick against Zambia at the semi-finals of the 2012 African Cup of Nations in Equatorial Guinea and Gabon in a game that Ghana lost 0-1.

The Shanghai SIPG striker has since vowed not to step up for penalty kicks for Ghana and was surprisingly substituted some few minutes before Ghana’s penalty shootout defeat against Ivory Coast in the final of the 2015 African Cup of Nations in Equatorial Guinea.

And After four years after he made the pronouncement to stay away from Ghana’s spot kicks, Gyan is unchanged about that decision.

“I have said it over and over again that I will not volunteer to take penalty shootouts for Ghana during the regulation time.

“Also I will not take part of the first 5 penalty kicks during shootouts. However, when there is no other option, after the first 5 kicks, I will take it. Don’t forget that I am also a penalty expert,” he told Happy FM.