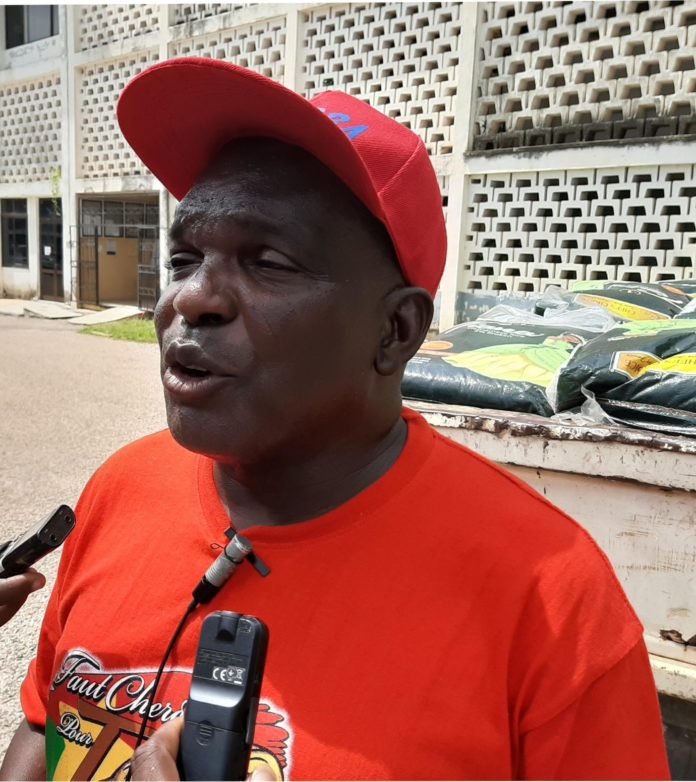 Mr Jerry Asamani, the Upper East Regional Director of the National Disaster Management Organisation (NADMO) has dismissed claims that some school children got drowned in floods at Kobore in the Bawku West District, Upper East Region.

He said since the Kobore Bridge was submerged as a result of the recent floods in the Region, some people transported people across the floods.

“I want to issue a disclaimer here, people say they used boats to take school children across and they got drowned, nothing of that sort happened.”

Mr Asamani refuted the stories in an interview with the Ghana News Agency in Bolgatanga, on the sideline of a ceremony organised by the Volta River Authority and the Northern Electricity Distribution Company to present food items to his outfit for distribution to flood victims in the Region.

He said “One of the unofficial boats capsized with about five occupants including; minors, the minors were really endangered, but were rescued with the help of the people around.”

Asked why operators of those unauthorised boats would still be allowed to operate despite the dangers involved, Mr Asamani said “We called in the Police when the Vice President, Dr Mahamudu Bawumia was around.

They barricaded the two ends so that people could not have access to the place. After Dr Bawumia left, the police rather moved their barriers further. So, that protocol the police gave was broken and that is why they are using the place.”

Touching on the level of damage caused by the floods, the NADMO Director said crops such as maize, groundnuts, onions, watermelons among others were submerged including; collapsed bridges.

He said some houses in the region collapsed, but the worst hit was Anateem, a community in the Bolgatanga Municipality, “Their houses were submerged and they had to run for their lives, and settled in the Anateem Primary School.”

Mr Asamani disclosed that preliminary data on the floods indicated that a total of about 7,561 persons including children were affected in the Region.

In the Bolgatanga Municipality for instance, the Director said a total of 544 persons comprising 132 males, 145 females, 130 male children and 137 female children were affected by the floods.

He added that “The major problem we are now faced with is the Kobore Bridge that has literally been eroded, a distance of about 20 to 30 metres has been destroyed.”

Mr Asamani said a recent visit to the bridge by Mr Frank Fuseini Adongo, the Upper East Deputy Regional Minister and some officials from his outfit revealed that the water was gradually receding.

He said they were hopeful that government would take measures to ensure that stranded trucks loaded with goods would be able to cross.

He said an option would be to redirect the trucks, but the containers had tracking devices and could not be diverted to use unapproved routes. “So we have arranged with the Regional Customs Director to reprogramme some of the drivers to use the Paga route instead of staying there.”

The NADMO Director further stated that per their checks, the trucks had no perishable goods.