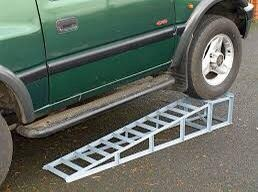 Dr Richard Fiifi Turkson, Dean, Faculty of Engineering, Ho Technical University, has said there was no scientific or economic sense for drivers to incline vehicles on ramps to fuel their cars.

Rather, he said the potential damage to emission control devices on cars and the environment were significant when one over-fuels.

Dr Turkson was reacting to the phenomenon where drivers especially commercial ones, climb onto ramps to fuel their tanks for supposed greater utility and mileage.

The drivers alleged climbing onto the ramps during fuelling gave them fuller tanks that took many mileage to drop is a well patronised practice, that is not backed by science.

“All cars sold since 1996 have a closed-circuit system to trap and later burn the fumes from their petrol tanks. A complex array of charcoal canisters, tubes, valves and sensors comprise a system designed to handle gasoline vapours only, not liquid fuel.

Jamming too much fuel into it repeatedly can result in a ‘Check Engine’ light being illuminated on the dashboard to keep your car from passing an emissions test and could cost a lot of money to repair.”

Dr Turkson explained that when drivers force-fill, excess fuel either flows out into the environment via the air vent of the charcoal canister or it flows back into the gas pump in which case you’re paying the gas station to take some of its own gas back.

He indicated overfilling could compromise the vapour recovery nozzles found on many pumps saying “It’s not a huge release of fumes, but why do it? After all, you’ll breathe it first: You’re the one standing right there”.

“It seems tempting to ram more fuel into one’s tank to delay the next fill, but this would only take another fraction of a gallon, rounding off to about 15 more miles in real world driving.

Mr Rasheed Dauda, Volta Regional Director of the National Petroleum Authority (NPA), said currently specific guidelines or regulations for operating fuel filling stations were against the phenomenon of ramps, but the Authority has noted the bad behaviour had become widespread because no punitive sanctions had been applied.

“Since no punishment regime can be exacted, we have physically seized many of these ramps, wedges or wooden planks, which in some cases were manufactured by the drivers themselves.

“What has come to us is the consumer service department of the Authority aiming to embark on a sensitisation and awareness creation intervention strategy to educate drivers especially at the lorry parks and stations to discontinue the practice.”

To succeed on this, Mr Dauda indicated “we need to tackle the educational aspect together with enforcing compliance.

“We can only receive strict compliance from educated consumers, who will run away from such obnoxious practices,” as some punitive actions taken in the past failed to address the exigencies of the matter.

He said there was a direct relationship between the use of wedges and fuel sales as some drivers would only patronise a fuel at stations that display wedges and for fear of losing those customers, the practice has been difficult to control.

“NPA will deploy a multiple-pronged approach to demolish the pillars holding this negative practice.

He is optimistic policymakers, industry players, related agencies would wage a relentless crusade to educate and enforce regulations to prevent the practice from reaching a certain frequency beyond, which it would be difficult to reverse, as habits they say die hard.