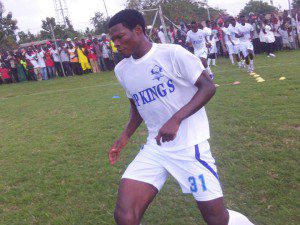 The talented midfielder says he has put pen-to-paper on a permanent deal after forcing a move to the club.

Martey had a year left on his contract at United but opted to seek a new challenge.

The player has claimed he has signed a 24-months deal with the Fire Club.

“I have finalized everything with them (Aduana Stars). We were just waiting for a few thing but for now I have finalize a deal with the Club,” he told Atinka FM

If the deal if confirmed by the club, he would become the side’s fifth signing after the capture of Yahaya Mohammed, Richard Mpong, Anokye Badu and Joseph Addo.