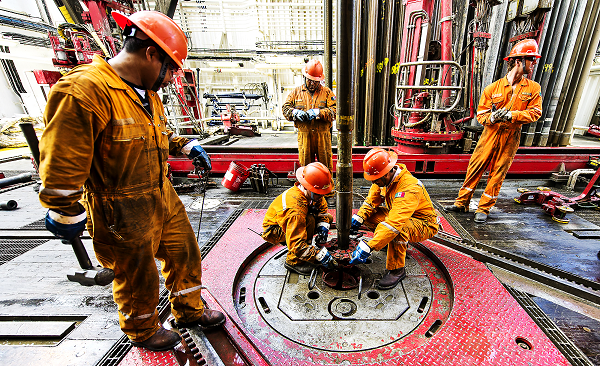 NOCs across Africa have an enormous opportunity to secure a more sustainable future by transforming into “national energy companies” (‘NECs’), escaping the economic trap of a lower oil price and embracing the disruptive forces unleashed by climate change and a lowcarbon world.

A new era of lower oil prices is challenging business models that have long relied largely on exploration and production of hydrocarbons, particularly ‘black gold’ oil. This is likely to prompt African countries that have for decades depended on their NOC as a key source of revenue to rethink the “nation-building” role that their NOCs have played.

In turn, the sustainability of NOCs will depend on their ability to transform into NECs, responding to the demands placed on them by consumers, governments and non-governmental organizations (NGOs) to respond to climate change and a new energy future.

Chris Bredenhann, PwC (www.PwC.com) Africa Advisory Oil & Gas Leader, says: “Globally, the energy sector is experiencing significant change and upheaval. Whether it is in oil & gas or utilities, we are witnessing tectonic shifts in strategies, business models and ways of working.”

“Whether we are talking about fledgling NOCs with limited hydrocarbon resources or established NOCs sitting on large reserves, all of these companies will need to work out how to seize the opportunities emerging from this disruption.”

These are some of the highlights from an analysis by PwC titled ‘The new Nation Builders: Creating the African national oil company (NOC) of the future’ released today. In this paper, we look at the challenges of disruption facing African NOCs, what it means for them and how they should position themselves for a sustainable future.

“After all, not only do African NOCs have to navigate this disruption and tackle the challenges of uncertainty, as do their international oil company (IOC) counterparts, but given their sovereign importance as nation builders they must also identify the future pathways to evolve,” says Bredenhann.

African countries that have for decades depended on their national oil company as a key source of revenue will need to rethink business models and strategies to avoid being captive to a single energy source and to allow them to rebalance budgets.

Accordingly, NOCs will have to carry out assessments of where their strengths may lie and of potential revenue streams. This will become an increasing priority with the emergence of social and political challenges amid slowing regional economies.

According to our analysis, we think it is still possible to stay true to a nation-building mission, while adapting business models to the current environment.There is an opportunity to reinvent the NOC – whether established or fledgling – as a national energy company and in the process reinvent what nation-building itself can mean for the energy sector in Africa.

The report identifies three key factors which established NOCs should consider in order to diversify and grow beyond the historical reliance on oil: rapid moves globally towards an increasingly low-carbon energy industry; meeting the burgeoning demand for domestic power; and a need to meet crude and refined product requirements through storage and transport in domestic African countries.

To move towards this vision, NOCs may need to adopt partnership models to transform and operate successfully as NECs. In a budget-constrained environment with reduced access to resources and capabilities, partnering with IOCs will be key to delivering change. NOCs will also need to engage more widely with regulators and governments in order to ensure that they are playing an active role in the industry.

NOCs might profitably focus on ensuring a supply of energy from multiple lowcarbon sources. The shift towards lower carbon is already taking place in a number of mature western markets. Similarly in the Middle East, Saudi Arabia has implemented a number of initiatives to boost the country’s non-oil revenue. In some instances, gas may be a bridge to a cleaner and more sustainable source of energy. Gas has been discovered in abundance across the African continent, and some NOCs are already exploiting it.

While African economies have slowed in the past two years, the medium and long-term needs for domestic power generation are enormous. The report recommends that where gas exists as a resource, NOCs should consider forming internal and external partnerships to guarantee gas offtake for national power production. Significant shifts to move towards gas have recently taken place in countries like Nigeria, Ghana and Côte d’Ivoire.

Another potential role for NOCs outside the upstream and downstream space lies in midstream. NOCs should think about investing in storage facilities or pipelines. They need to also contemplate forming equity partnerships in large projects rather than taking on all of the risk themselves.

For fledgling NOCs, the above factors make it all the more important that their sponsor governments carefully assess the rationale for establishing and developing national champions in oil & gas – and find the right model for this new environment.

The role of digital in reshaping business models

African NOCs should think about where and how best to invest in digitisation as they redefine their business models. Digitally-enabled technology systems are expected to substantially reduce the cost-per-barrel of future hydrocarbon resource exploitation.

It is notable that the sector has been slower than other industries to adopt digital solutions and has tended to focus rather on increasing production and recovery throughout the years. However, the new era of low oil is now forcing operators to shift focus from top-line to bottom-line growth, towards improving cost structures and margins in order to be competitive in current conditions and prioritising efficiency gains over production growth.

Digital also has a role in renewables and in shifting towards a lowcarbon energy industry. “Digital is no longer an enabler but a game changer,” Bredenhann adds. “African oil & gas organisations that respond to the need for reshaped business models by building digital capabilities will be well-positioned to win in the new market reality.”

Preparing for the future

As NOCs go through this major period of disruption, they will need to assess their current business models and strategies in order to build a sustainable NOC of the future. “In addition, they should consider partnering with international oil companies to develop the kind of capabilities that best complement their strategies,” Bredenhann comments.