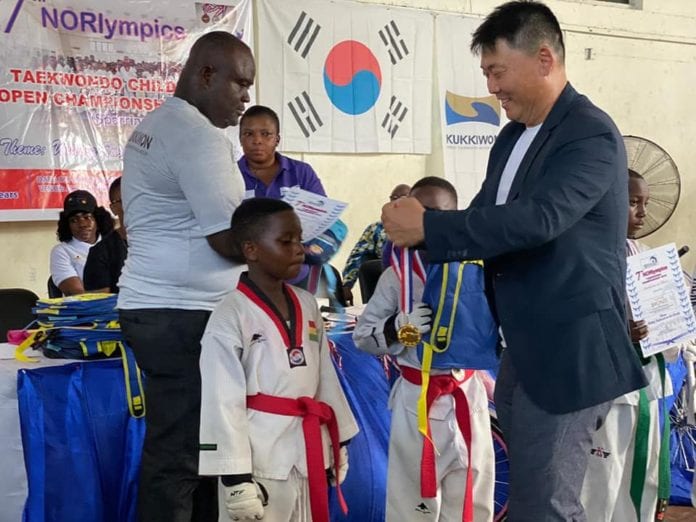 The annual competition, in its seventh year designed to develop taekwondo talents to become professionals, drew participation from over 800 children from Greater Accra, Volta, Ashanti and Eastern Region aged between 5-13 years battle for the ultimate prize at stake.

The 7th Norlympics which was held under the theme ‘Unite Taekwondo as One Family,’ saw the ultimate male and female best fighter riding home a bicycle and other attractive prizes from sponsors.

Mr. Amefu, a former national captain of the Taekwondo team said a lot of work went into organising the championship adding that, “it’s not easy to hold such competitions when it comes to funds.”

He said, at the inaugural competition, he started with 200 participants, however, over the years, the number has increased and that makes him proud.

“It makes me feel proud when I saw the huge participation. I wasn’t expecting this. These children now understand the taekwondo game, especially the fighting aspect it and I’m impressed with that.”

“The children have improved in the sport and the technics keeps on improving every year and by next year, I believe some will qualify to participate at the Youth Olympic Games.

He also called for unity among sportsmen, especially the tsaaekwondo fraternity.