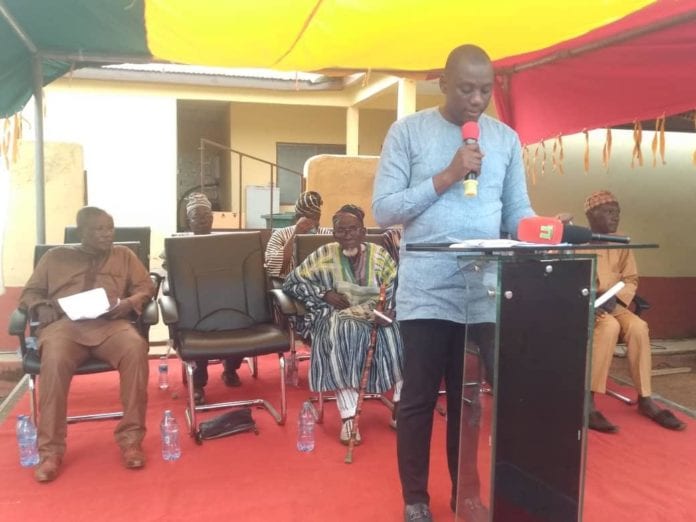 The North East Gonja District, in prioritising the health needs of its residents, has begun constructing a Community-based Health Planning and Services (CHPS) Compound at Fuu, a community in the area, to enhance citizens’ access to improved health care.

Mr Alhassan Abdallah Iddi, North East Gonja District Chief Executive, who stated this, said the project was 48 per cent complete adding, his office had also lobbied a non-governmental organisation to also construct a state-of-the-art CHPS Compound at Kidengi where construction work would begin this month.

Mr Iddi was speaking during the Assembly’s Meet-the-Press session at Kpalbe to give account of its activities.

The North-East Gonja District Assembly is barely nine months old as it was inaugurated in February, this year, after being carved out of the East Gonja Municipality of the Savannah Region.

Mr Iddi said: “The Assembly also intends to construct a mini theatre and a dental centre at the existing health centre at Kpalbe as soon as practicable” for improved health care delivery.

He said the Assembly believed that addressing the health needs of its citizens would ensure a healthy people to contribute to its development, hence, the interventions in the sector.

He said in the area of education, the Assembly had awarded a contract for the rehabilitation of the defunct quarters of the Ghana Education Service (GES) at Kpalbe to create adequate office space for staff of GES to effectively undertake their operations.

He said a contract had also been awarded for the supply of 580 dual desks for distribution to schools in the District to complement efforts at improving teaching and learning in the area.

Mr Iddi said through the Nation Builders’ Corps and the Youth Employment Agency, a total of 242 people in the area had been offered jobs helping to reduce the unemployment situation in the District.

The District Chief Executive, knowing the challenges confronting the new Assembly and the high expectations of the people, called for support and cooperation of all in the area to help accelerate the pace of development.