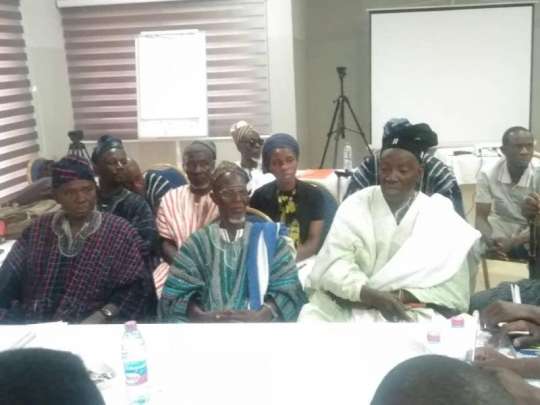 The Northern Development Forum (NDF) has identified priority projects and initiatives in six sectors of the economy, which it will lobby political parties to include in their 2020 electioneering manifestos to help transform northern Ghana and create jobs.

The game-changing priority projects and initiatives cut across sectors including agriculture and climate change, education and youth development, health, infrastructure, peace and security and tourism, and the NDF wants clear commitment backed with clear funding and timeliness on these interventions in the manifestos of the political parties.

Under agriculture and climate change, the NDF seeks a clear strategy for greening northern Ghana, stopping rosewood harvesting, developing the Pwalugu Multi-purpose Dam and water basins to support all-year-round agriculture, and revamping and reviving the cotton and textiles industries in the area.

In the areas of education and youth development, and health, the NDF wants political parties to include in their manifestos plans to establish youth business innovation centres to create jobs for the youth as well as a commitment to improving health infrastructure by constructing regional hospitals in the newly created regions.

On infrastructure, the NDF seeks political parties to commit to developing the Buipe Inland Port to ensure cheap means of transporting cargo to the north as well as connecting all regions and district capitals with motorable roads.

It also demands the establishment of a centre for peace studies at the University for Development Studies to actively research into extremist activities as well as train chiefs on conflict negotiation to promote peace in the area to accelerate development.

To this end, the NDF held a stakeholders’ consultation in Tamale on Monday to validate these game-changing priority projects and initiatives to reflect the aspirations of the people of northern Ghana, which would be used to engage the leadership of all political parties at the national level for inclusion in their 2020 manifestos.

The event, organised by the NDF in partnership with Ghana Developing Communities Association (GDCA), and Tama Foundation Universal, and sponsored by the STAR Ghana Foundation, was attended by chiefs, representatives of NGOs, youth groups, women groups and political parties.

Similar event was held in Bolgatanga and Wa and the views of participants would be harmonised and used to lobby the political parties.

Alhaji Osman Abdel-Rahaman, Executive Director of GDCA, who spoke on the next steps to be taken after the event, said a comprehensive document would be ready by March 05, which would be used to engage the leadership of political parties at the national level from the first week of March.

Online Forex Traders in Ghana should Engage with Caution