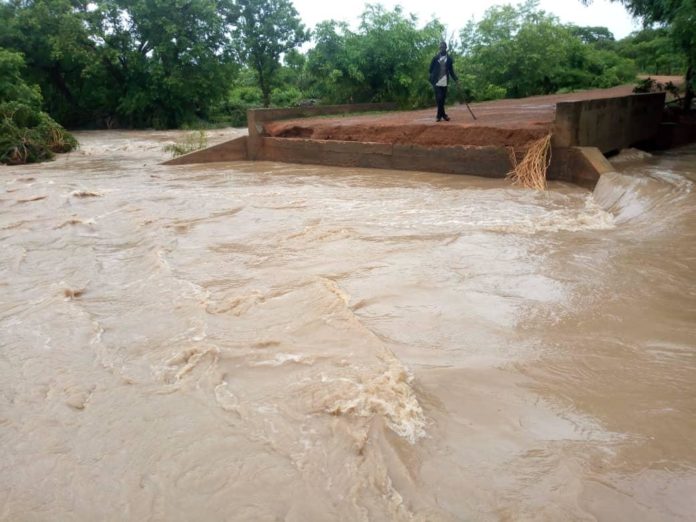 The National Disaster Management Organisation (NADMO), has forewarned residents of the Northern Region of heavy rains in September, urging people to be alert not to fall victims to the disasters it may come with.
Alhaji Abdallah Albdul-Mumin, Northern Regional Director of NADMO said “reports given by the Ghana Meteorological Agency indicate that heavy rains are expected by September, this year”.
He called on people who lived in buildings on lowlands and waterways to move to highlands advising them to relocate their valuables to safer places.
He gave the information at a stakeholder forum in Tamale organised by the Northern Regional Secretariat of NADMO to review and update the organisation’s Northern Regional Disaster Management Plan (NRDMP) and its Standard Operating Procedures (SOPs).
The NRDMP and SOPs were developed in June 2020 with funding from the Swiss Red Cross through the Ghana Red Cross Society as working documents to prepare ahead of disasters and reduce its associated risks.
The NADMO Director cautioned members of the public to thread with extra care during the heavy rains and be always alert even at night to reduce the risk effects of floods on people and their property.
He noted that NADMO was working with the Northern Regional Coordinating Council providing daily weather updates from the Northern Emergency Operation Centre to Metropolitan, Municipal and District Assemblies and other stakeholders.
Alhaji Alhassan Issahaku, Northern Regional Coordinating Director, speaking on measures to avert flood situations in the region, said the “disaster prevention issues have been taken up by the Regional Coordinating Council and relevant Ministries to get prepared ahead of the torrential rains.”
He said the Ministry of Works and Housing had taken inventory on drains in the region adding work meant to divert and extend some drains had started and expected to be completed before the heavy rains set in.
He said District Assemblies would have to clear structures off waterways as directed by the President to avoid flooding.
“This is the time for Assemblies to take action to clear off structures on waterways to give meaning to the plans they have.” he added

Donald Trump and the Espionage Act