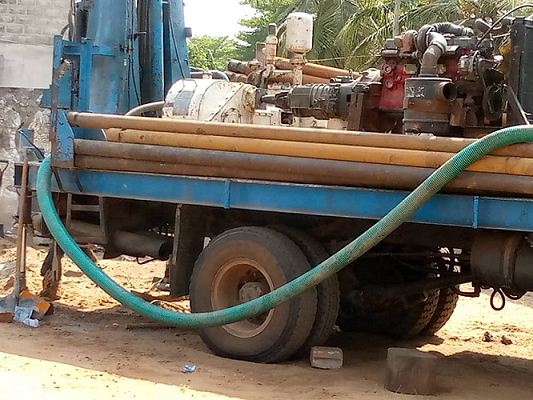 Residents of Aflao in the Ketu South Municipality have downplayed the three-month extension of government’s free water indicating the policy was of no use to them.

The aggrieved residents said they never benefitted from the relief package since its institution in April, last year, disclosing that water had stopped running through their taps for the past nine months.

The Government announced absorption of water bills for all Ghanaians and provision of free electricity for lifeline consumers and 50 percent rebate for consumers beyond the lifeline threshold from April to the end of 2020 to cushion people from the economic effects of the pandemic.

President Nana Addo Dankwa Akufo-Addo, in his 21st COVID-19 update to the nation on January 03, announced that the government would continue to absorb till March 2021, bills of lifeline electricity consumers and households whose water usage did not exceed five cubic metres a month.

Some residents who spoke to the Ghana News Agency (GNA) said the government should rather channel resources to address whatever challenges the Ghana Water Company Limited (GWCL) in the Municipality was facing so the Company could resume water pumping to consumers.

Madam Rosemary Fomevor, a local drink seller from Aflao “Beat 9” said they had endured the situation for far too long and it was time Management took urgent steps to solve the problem to save them the trouble of going from home to home wells for water especially at a time, when children at all educational levels were set to resume school.

Madam Mary Queen Gyekye, a waakye seller from Gbagbla said “this water problem is taking too long and it’s affecting us” while calling on GWCL to fix the problem “so we can have enough water and comply with the COVID-19 protocol of regular hand washing.”

“We hear there’s free water. Where’s the water that’s supposed to be free? For over nine months, we the people of Aflao-Denu and surrounding communities have not seen water when we open our taps.

This water issue is affecting everyone including; security officers as the Aflao Police for example, fall on people around to look for water for those in their cells,” another resident, Mr Gilbert Amudzi said.

Attempts by the GNA to reach the Municipal Manager of GWCL for reactions proved futile.

However, further checks revealed a Contractor was engaged to work on one of the Company’s pump stations at Aflao Lowcost, which had broken down for some time now.