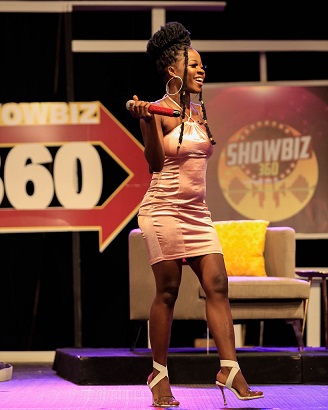 Rising Afrobeats singer Abyna Morgan says she sees nothing wrong showing a little flesh in music videos as it all forms part of showbiz.

The sensational singer who just recently released the video of her new single ‘Catch a Vibe’ was spotted displaying her incredible curves in the music video.

Abyna Morgan, when asked about her opinion on nudity in the industry during an interview on Showbiz 360, had this to say; “I’m a free bird, I do what I like. I don’t mind if someone is nude”.

Abyna Morgan since the release of her latest single has been the talk on social media with commentators admiring her craft.

Abyna Morgan in her new single conveys a message of love for each other and catching some positive vibes during a relationship with some extraordinary vocals.

Here is the music video of her single: