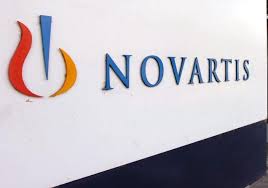 Novartis, a leading global medicines company, has announced a partnership with the American Society of Hematology (ASH) to provide six more African nations with the technology to track and better manage sickle cell disease (SCD).

The partnership will bring greater awareness to SCD in those countries and hope to people living with the disease, especially in Africa where it is prevalent.

The technology for screening newborn babies for SCD has already been piloted in Ghana and expected to be extended to Nigeria, Liberia, Tanzania, Kenya, Uganda and Zambia.

This was announced in a statement issued by Ms Beatrice Gachenge, Head of Communications at Novartis in charge of Sub-Saharan Africa, and shared with the Ghana News Agency in Accra, on Thursday.

The statement said Novartis was collaborating with the Consortium on Newborn Screening in Africa, (CONSA), to screen newborn babies for SCD in beneficiary countries in Pediatric Hematology clinics, teaching hospitals, universities and satellite clinics.

According to the World Health Organisation, more than 300,000 children are born with SCD in Africa every year, and more than half do not survive before their fifth birthday.

The partnership will thus ensure that Hydroxyurea, the current global standard-of-care for SCD is made available in more health facilities in the beneficiary countries.

It said early diagnosis was key to managing the SCD and ensuring better health outcomes to improve the quality of life for people living with the disease.

“The partnership with ASH will not only deliver better tools to track a baby’s diagnosis, but also support greater knowledge on treatment and care, including publications on research findings, professional education and dissemination to policy-makers and other audiences,” it added.

The Novartis partnership with ASH and CONSA will provide standard-of-care practices for screening and ensuring early intervention therapies at participating institutions.

The statement said CONSA screened between 10,000 and 16,000 babies every year in each country and provided clinical follow-up for babies living with SCD.

The technology for screening newborn babies for SCD also included an app to be used to collect and store bed data, including screening results and medical histories for those diagnosed.

The app has the benefit of tracking patients and migrating them to clinical enrollment for further care.

“ASH is excited to partner with Novartis to expand its current newborn screening consortium to new areas, with the implementation of digital tools to collect vital information,” the statement said.

“As we learn together about the implementation of early diagnosis and treatment, we will be able to show national and international partners the value of this work in saving lives,” Ms Jane N. Winter, Managing Director of the Robert H. Lurie Comprehensive Cancer Centre at Northwestern University’s Feinberg School of Medicine and President of ASH, said.

She said the app allowed for offline data collection when internet connections were down, and then synced the data once the connection was restored.

Novartis and the Sickle Cell Foundation of Ghana worked with the social impact technology organization, Dimagi, to add the feature, which will now be rolled out to the six other CONSA countries as part of the new partnership.

The Novartis Africa Sickle Cell Disease programme is implemented through public-private partnerships with local governments, as well as collaborations with universities, patient groups, professional societies and other organisations.

SCD is an inherited blood disorder which is life threatening and causes suffering throughout the lives of many of those affected.

However, a recent study demonstrated that large-scale, universal screening could save the lives of up to 10 million children globally.

EOCO and ACFE-Ghana to collaborate in fight against fraud