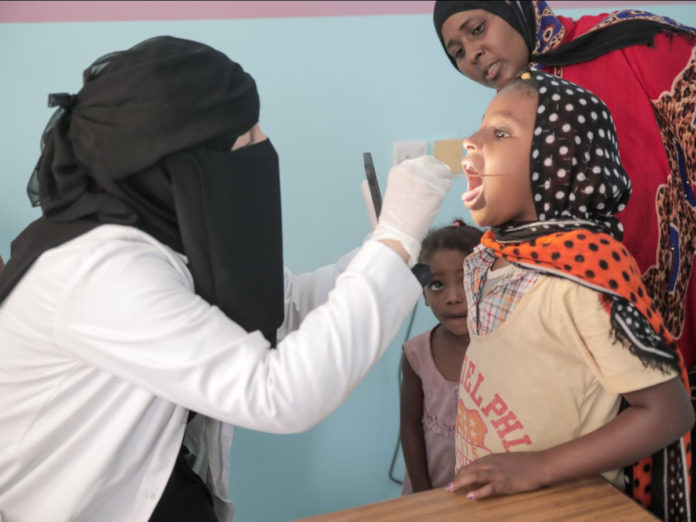 COVID-19 is undermining the humanitarian efforts in Yemen, deepening an already severe crisis after years of conflict.

Yemen has reached a tipping point. The international community must either unite to address the staggering needs of the world’s most serious humanitarian crisis or resign itself to the consequences of surrendering 28 million Yemenis to the ravages of COVID-19.

Six years of conflict have already claimed the lives of more than 100,000 people. Eighty percent of its people are aid reliant and 10 million are struggling to feed themselves.

Despite the sacrifices being made daily by local health providers and humanitarian workers, the World Health Organization anticipates that over half of the country’s population may eventually contract the virus and more than 40,000 may die.

The International Organization for Migration assisted over five million people in Yemen in 2019. Despite multiple challenges, we could not pause our operations and leave displaced people, those affected by the conflict and vulnerable migrants to face this pandemic alone.

We continue to provide humanitarian assistance, scaling up COVID-related activities like hygiene awareness raising and health support, and building isolation and treatment centres in locations hosting large numbers of displaced people. Our staff integrated strict hygiene practices into their work so that neither they, their families nor local communities contract the virus.

However, I am concerned by the reports from our teams on the ground. The COVID-19 outbreak is undermining our fragile successes and deepening the crisis.

I am particularly worried about the unsanitary conditions in the crowded displacement sites or disused buildings that displaced people across the country are forced to live in. With so many people worrying about securing a safe place to live, how can we expect them to prioritize buying soap?

As if years of conflict, mass displacement, the world’s largest cholera outbreak and destructive floods were not enough, these same communities now have to protect themselves from COVID-19 with less support than before.

A majority of the major UN programmes in Yemen may soon be forced to cease operations due to funding shortages. Aid agencies estimate they will need up to USD two billion to cover essential activities from June through December alone.

I am also concerned by the situation of migrants whom our staff throughout the Horn of Africa and the Gulf work to assist and protect.

Yemen is a major transit country on the busiest maritime migration route in the world. Over 138,000 migrants – mostly from Ethiopia – crossed the Gulf of Aden from the Horn of Africa in 2019.

Having journeyed through areas of armed conflict, often experiencing abuse and exploitation at the hands of traffickers, the dangers migrants face are increasing as the fear of COVID-19 grows.

Often wrongly stigmatized, migrants are being subjected to physical and verbal harassment and denied access to health services. Their movements are being restricted in some locations, while in others they’re forced to move to frontline conflict areas or deep into the desert.

Travel restrictions led to a near 85 per cent reduction in migrant arrivals from January to April, but many now find themselves stranded in Yemen. Some are being held in crowded and often unsanitary conditions in detention and quarantine centres. We continue to call on leaders to advocate for the immediate release of detained migrants and for the protection of those who are stranded.

The UN and the Kingdom of Saudi Arabia will co-host a pledging conference on 2 June, which will be key to garnering support for Yemen. I urge donor countries to remember that like humanity, COVID-19 does not respect borders.

Resources are critical to maintain and expand one of the world’s largest aid operations to respond to this ever deepening crisis. With support from the international community, we can still save lives in Yemen but the countdown has begun.

We are in this together – we are all affected by the virus and so we must work together to ensure that none are left behind.

Top US Diplomat in Kabul Threatens Taliban With International Isolation