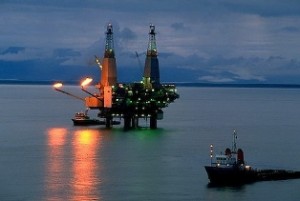 The Executive Director of the Ghana chamber of Petroleum Consumers, Duncan Amoah, has said the chamber is weighing an option of seeking legal redress at the court aimed at stopping the Bulk Oil Storage and Transport companies from flooding the Ghanaian market with dirty petroleum products.

“We are the Chamber are weighing an opting of going to court to seek redress on how some of these dirty petroleum products could be prevented from entering the Ghanaian market” we support the step taking by ACEP and Public Eye in this campaign and I assure you that we will work together to eliminate this things from our society”.

He said The fuel imported into Ghana, mainly diesel, is seriously toxic sometimes to the extent that it is 2000 times worse than the standards accepted in the European Union (EU) and the United States of America (USA).Dirty diesel in Ghana more expensive than clean diesel in USA
He made this known at the launch of the book “Dirty Diesel” Public Eye in partnership with the Africa Centre for Energy Policy (ACEP) in Accra

The book depicts how Swiss commodity trading companies are taking advantage of weak fuel standards in Ghana to produce, deliver and sell diesel and gasoline, which is damaging to people’s health. Their business model relies on an illegitimate strategy of deliberately lowering the quality of fuels in order to increase their profits.

It notes that Using a common industry practice called blending, trading companies mix cheap but toxic intermediate petroleum products to make what the industry calls “African Quality” fuels. These intermediate products contain high levels of sulphur as well as other toxic substances such as benzene and aromatics. By selling such fuels at the pump in Africa, the traders increase outdoor air pollution, causing respiratory disease and premature death.

This affects West Africa, in particular, because this is the region where the authorised levels
of sulphur in fuels remain very high. West Africa does not have the refining capacity to produce enough gasoline and diesel for its own consumption, and so it must import the majority of its fuels from Europe and the US, where fuel standards are strict.Fuels have been on the agenda for some time already. Beginning in 2002, the UN Environmental Programme (UNEP) conducted a ten-year campaign that led in most countries to a ban on lead in gasoline. However, fuels still account for other severe health issues. The issue of sulphur content must bFollowing the global report indicating that Ghana’s market has been flooded with toxic diesel, it has been reported that data from the National Petroleum Authority (NPA) has revealed that Bulk Oil Storage and Transport Company Limited (BOST), the state owned strategic reserve holder, accounts for a significant 25% of the total quantity of diesel imported into the country for the first six months of 2016.

It is estimated that BOST alone imported 221,292.30 metric tonnes of diesel representing 25% while the imports of 18 BDCs put together accounts for 660,108.92 metric tonnes, representing 75%.In all, 881,401.22 metric tonnes of diesel were imported into the country in the first six months of this year.The NPA data provides evidence that a state institution like BOST is playing a key role in the importation of the said ‘dirty diesel’ and, therefore, the situation cannot be blamed on only private sector players.

According to the report, Swiss commodity traders, Trafigura and Vitol, are among a number of companies accused of exporting what environmentalists call ‘African quality’ diesel, blending products in European facilities to create fuels with sulphur levels that are, sometimes, hundreds of times over European limits.

Tema Oil Refinery (TOR), which refines sweet light crude, and collaborated with Ghana Standards Authority to set the 3,000ppm standard for Ghana, is doing 1,000ppm for diesel and 500ppm for petrol.In the European Union, the ‘Euro IV’ standard has applied since 2005, which specifies a maximum of 50ppm of sulfur in diesel fuel for most vehicles. Ultra-low-sulfur diesel with a maximum of 10 ppm of sulfur has been widely available as of 2008.

COPEC commends the Government for abolishing road and bridge tolls

COPEC kicks against new taxes on fuel products in Ghana

The Gambia and Comoros open consulate in Dakhla