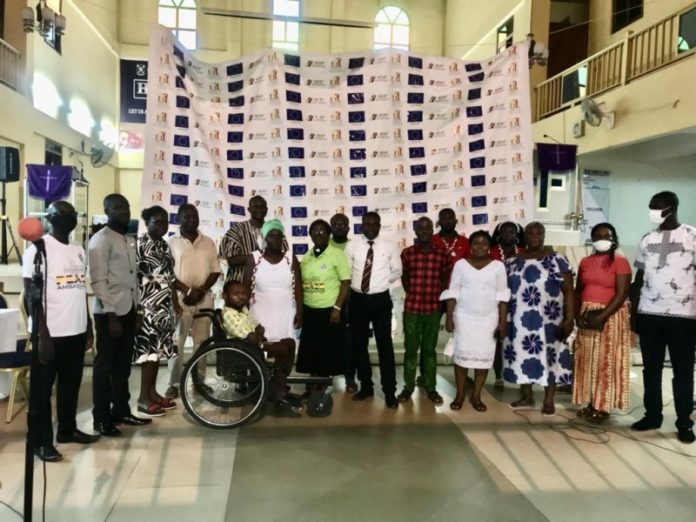 The candidates are Madam Lydia Seyram Alhassan, the incumbent Member of Parliament and parliamentary candidate for NPP, Mr John Setor Dumelo of the NDC

Disappointment was engraved on the faces of the NPP supporters who had crowded the Abelenkpe Presbyterian Church in anticipation of cheering their parliamentary candidate but there was no show.

Mr Edem Afeeva, NCCE Municipal Director for Ayawaso West Wuogon, said three political parties and an independent candidate were invited but NCCE were later informed that the candidates for the two major political parties had” other engagements”.

“We were just being told that they had engagements and though we were expecting them, unfortunately, they could not come to the programme, ” he said.

He indicated that the debate formed part of the Commission’s effort to provide an opportunity for the electorates to know the background and policies of potential Members of Parliament (MPs) in the area.

He said, “the December 7 election will be a kind of social contract between the rulers and those to be ruled, as such, the electorates need to know what each candidate is capable of doing for the constituency”

Mr Afeeva entreated the public to tolerate each other’s political views to ensure a free and fair elections as the whole world would be looking at how Ghana would conduct the upcoming election.

He also called on all the parliamentary candidates in the country to influence their followers positively so that they would not engage in any act of violence.

The absence of the NPP and NDC parliamentary candidates gave the two other candidates Madam Gifty Nana Brima Botchway of the People’s National Convention (PNC) and Mr Richard Mawuli Amegatse, an independent candidate, ample time to outline their visions for the area.