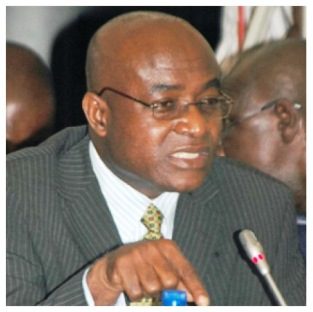 The Minority in Parliament on Monday called for the compilation of a new Voters Register as soon as possible for the 2016 Presidential and Parliamentary General Elections. Mr Osei Kyei Mensah-Bonsu, the Minority New Patriotic Party (NPP) Leader in Parliament said: ?Unfortunately, the 2015 budget makes no provision for a new register. We do not have to push ourselves to the brink on this. A new credible Voters? Register is a sine qua non. The Nation needs it. The nation demands it.?

He recounted that the Supreme Court, in its ruling in the Abu Ramadan and Another versus the Electoral Commission (EC) and the Attorney General (Writ no. J1/11/2014), stated inter alia, thus, ?Upon a true and proper interpretation of Article 42 of the Constitution, the use of the National Health Insurance (NHI) Card as proof of qualification to register as a voter, pursuant to Publication Election (Registration of Voters) Regulations 2012 (Constitution Instrument 72) is unconstitutional, void and of no effect?.

He explained that with that declaration and admission by the Attorney General that many Ghanaians used the NHI Card in procuring their voter registration in 2012 means that, the current Voters Register “is tainted and must be done away with for a new register to be compiled”.

He said today, almost all the other parties were calling for a new Voters Register, since the 2012 Voters Register to all intents and purposes, was very much flawed.

?There has been some unusual increase in Voter Registration between 2008 and 2012 in certain districts where in the space of four years, registered voters have increased between 44 per cent and 72 per cent. That certainly should tell any impartial observer that there is something wrong with the Voters Register,? he noted.

He said there was the need for amendments to various constitutional provisions and regulations to reflect the letter and spirit of the Supreme Court ruling, and also, to be in sync with the composition, tenure of, and the conduct of elections by the EC as obtained in the entrenched democracies should be diligently carried out.

?Once again the District Assembly elections have been botched. The Assembly Elections were to have been held in October 2014. They could not hold because the relevant Constitutional Instrument to define the electoral areas for which the elections were to be held had not been laid before Parliament on time,? the Minority Leader stated.

He said when eventually and grudgingly the Instrument (CI 85), came to Parliament, Members of Parliament had to be compelled to sit on Saturday and Mondays in order to have it mature, however, before the Instrument could become law the EC had started the processes to conduct the elections, including opening and closing the nominations.

?On the day of coming into force of the Instrument, some MPs, including the Minority, cautioned the EC about the steps they had already taken contrary to Article 11(7) of the constitution; the EC would not budge as if the officials are a law onto themselves,? he said. ?Today, the EC?s conduct has thrown the Assembly elections and the entire nation into confusion.?

He cautioned that if this scenario was played out in the 2016 Presidential and General Election the consequences could not be imagined, since December 7, was the only date that both the Presidential and Parliamentary elections could be held together.

?If there is a slip on the December 7 date, holding of elections for the Parliamentary candidates subsequently may be legitimate but conducting a presidential election thereafter will be a breach of the constitution, Article 63 (2) (a),? he added.

?Four years ago, the conduct of these same District Assembly elections became marred by otherwise preventable defects; in the event, the ?tot-tot? elections as the process referred to had to be spread over a period of about one month.?

Mr Mensah-Bonsu said Ghanaians were eternally grateful to God that the horrors of elections that had engulfed certain countries had passed them by.

?We must however, acknowledge that often times, we have found ourselves at the edge of a precipice,? the Minority Leader said.