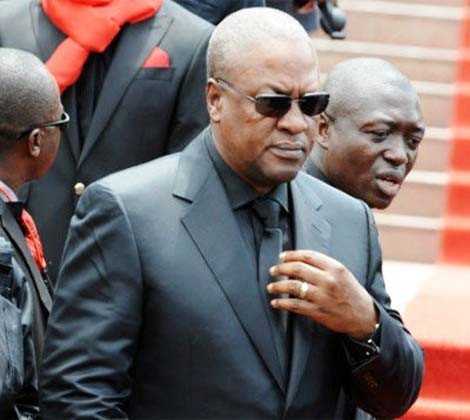 Nana Akomea, a member of the New Patriotic Party’s (NPP) Communication Team, on Tuesday called on former President John Dramani Mahama, to tell Ghanaians how he intends to correct his mistakes when re-elected into power.

In a news conference organised by the NPP in Accra to sensitize Ghanaians not to vote for the National Democratic Congress (NDC) which was seeking for a comeback in the upcoming December 7,
General Elections, Mr Akomea said the Former President Mahama had admitted that he made mistakes during his tenure in office that led to his loss of power, and would correct them, if re-elected into office.

But According to Nana Akomea, former President Mahama failed to clearly tell Ghanaians the mistakes he made, and how he intended to correct them when given another mandate.

Nana Akomea, who is also the Managing Director of the State Transport Company, said it was not necessary for the citizenry to give him another chance as he had not explained himself well to the people.

He asked Ghanaians to compare the crisis management capacity of the Akufo-Addo led administration with COVID-19 to that of the John Mahama-led government with the power crisis (Dumsor) and vote.
“President Akufo-Addo was a leader with principles and did not contradict his own words like that of his opponent,” he said.

Nana Akomea explained that the former President criticized some of the NPP’s developmental policies including; free Senior High School, and restoration of teachers and nurses trainees’ allowance, among others.

However, he was now promising to make them better when re-elected into power, he said, and asked Ghanaians to overlook his promises.

“This year’s election is not about passion but a judgment for our own progress,” he said.