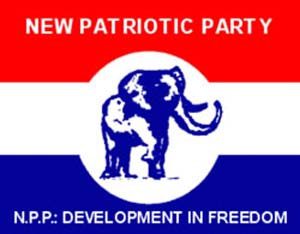 Some highly toxic, disgruntled elements within the top hierarchy of the party are at their divisive game once again. Their time is now up, though. The New Plan for Power (NPP) of Champion Chairman and Leader of the Great Elephant Tradition is catching up with them.

These peers of disunity have arrogated unto themselves as very close aides to our ex-Flagbearer Nana Akufo Addo and our two previous National Chairmen, giving our leadership all the wrong crocked and cooked up pieces of advice. They have systematically misled the entire top hierarchy of the party for their own selfish gains. With them there is virtually no hope for NPP ever to win power, because they are less interested in reaching out outside the party to win votes.

Now their cards are fast crumbling over their heads, exposing their divisive selfish game. Party activists on the ground all across the country are in their no-compromise moods, having been let down for so long. They are so hungry for power. A hungry man is an angry man indeed.

Take the case of the former General Secretary whose term decisively ended in Tamale. Sir John, as popularly known, dared everybody and vowed to use his power to bring back our embattled Nana Akufo Addo even in a wheelchair. Bringing back Nana Akufo Addo who painfully lost power for NPP twice at the general polls (2008 and 2012) as Flagbearer even in a wheelchair? Delegates got the message and simply kicked Sir John out of office.

Again, take the case of Brigadier Odei, the retired Russian trained one-star general who has for the past several years visited some misapplied war theories on all of us. Like all his peers of disunity his sphere of influence and the combined impacts of his research and strategies hardly go beyond the confines of NPP. He is preaching his divisive gospel for the return of Nana Akufo Addo as Flagbearer for the third time. How much has he received this time?

As the Chairman of the Research and Strategy Committee of the NEC, it was Brigadier Odei who also chaired the Vetting Committee that paraded as many as seventeen contestants during the 2007 NPP presidential primaries. He was quite instrumental in labeling party people who belonged to Nana Akufo Addo and those that supposedly belong to former President J.A. Kufuor. He is at it again.

As if two straight defeats are not enough, these peers of disunity want to maintain the status quo at all cost. Brigadier Odei is reported to be so peeved because, according to him, Nana Akufo Addo is being referred to as ?Olele Abre? and that Brigadier and his peers are out again against Kufuor?s faction accusing them of planning to oust Nana Addo from contesting the impending NPP presidential primaries. Does J.A. Kufuor, Party Father, really have a faction?

Factions are maintained only to serve vested interests and it is about time to unite the party, think victory and do only those things that help us to win power for NPP in 2016. Why should anybody think of bringing Elder Statesman Nana Akufo Addo down from his current high-level roles to contest the Flagbearership even in a wheelchair only to lose? Why should anybody still push Nana Akufo Addo to run if the insinuation ?Olele Abre? is a direct response to Nana Addo?s own formal expression of interest to contest for NPP Flagbearership for the third consecutive time?

Increased activities of support groups and the lobbying by several presidential aspirants are as a result of Nana Addo?s recent declaration that he may run for the third time. It is a right that cannot be taken away from him, though.

However, well-informed indications are that Elder Statesman Nana Akufo Addo should leave the Flagbearer stage now that he has the ovation standing and the applause loudest. In the best scheme of things both Nana Addo and NPP are much better off if Nana teams up with Kufuor, the Father of the Party, to mastermind the victory of the next NPP Flagbearer in 2016. Now that he is already recognized as Elder Statesman, more laurels will surely be added unto Nana Addo after NPP wins power in 2016, God on our side.

For the sake of unity and for the top party leadership to close ranks, it may not even be out of place for our newly elected National Chairman to honour all past National Chairmen including all those who contested with him and confer on them the title of Co-Chairmen and involve them closely in the decision making process. For this reason, there may not even be any pressing reason to conduct a post mortem exercise into our previous defeats of 2008 and 2012, because notes on lessons learned can be compared freely and easily by our leadership as we go, and the negative influence of all those peers of disunity would be effectively corked up.

Again, although feasible, constitutional reviews may not even be necessary this soon. It is possible to call an Extraordinary Congress of over five thousand delegates and put the motion for all those in favour of an amendment to say Aye! But would that be necessary? For now, reviewing the constitution may be advisable only if it helps us to win power in 2016 rather than just to help one particular candidate to become a Flagbearer. Rather, Elder Statesman Nana Addo?s suggestion to review the electoral laws of the EC to include certification from electoral auditors at various levels before EC declares official results is very timely and merits full consideration.

What is more important for us now as a party is to be true to the Great Elephant Tradition and play by the rules in electing party executives including our Flagbearer. It is our traditional belief that well-informed delegates are capable of selecting the kind of party executives and Flagbearers who are capable of managing the affairs of the party and winning power for the party.

The problem arises when a very small group of party members manipulate the rules in favour of a particular candidate who ends up not being the choice of the majority of delegates and who fails to win power because of the divisive effects of factionalism. In 2005, the National Chairman Peter Mac Manu was elected, playing by the rules. Since then, the peers of disunity took charge of the party, did everything including changing the party rules and flouting those same rules except winning power for NPP.

In Tamale, our delegates got the message and cleaned the stables. Our newly elected national executives must duly take note of these peers of disunity. They are counter-productive, long sprouted outgrowths whose negative influence needs to be clipped before the next season begins. Uniting the party behind a winning candidate is what we need now.