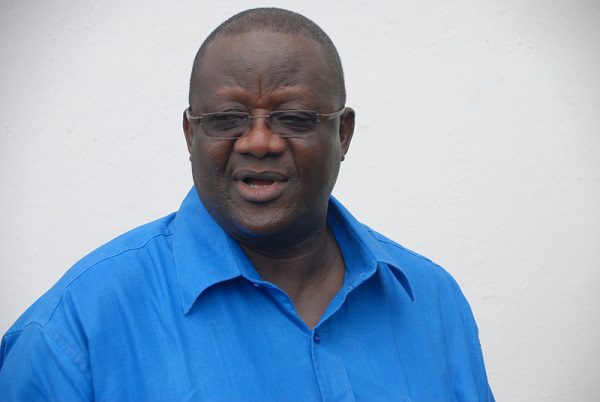 Most Rev. Dr Samuel Asante-Antwi, Chairman of the National Disciplinary Committee (NDC) of the New Patriotic Party (NPP) was the first defence witness presented by the defence counsel. He said he filed a witness statement on behalf of the defendants on April 16, and would want the court to adopt same as his evidence in chief.

During cross examination counsel for Mr Afoko, lawyer Osafo Buabeng, Most Rev. Dr Asante-Antwi said he became the Chairman of the NDC by way of appointment, by a letter from the General Secretary (GS) based on the constitution of the NPP.

He said the letter clearly stated that the National Council (NC) at a meeting had approved and appointed him to be the chairman adding that a similar letters were given to other members of the committee.

The witness said he never sighted a similar letter written to Madam Gifty Kusi, but sighted a letter replacing Lawyer W.O Boafo with her.

“She was appointed onto the committee by the parliamentary caucus on October 1, 2015 to be a member to replace Mr W.O Boafo who was not attending meetings”.

Most Rev. Dr Asante-Antwi told the court that the said letter replacing Mr Boafo with Madam Kusi was addressed to the NC care of the GS, the NPP, and Mr Crabbe and copied to the National Chairman, Chairman of the NDC and Mr Boafo.

“It came from the office of the minority caucus, and was in response to a letter sent to the caucus by Mr Boafo entitled ‘My membership of the NDC, application for my replacement, addressed to the Minority leader in parliament which had to do with his medical post operation treatment home and abroad”.

He noted that it was based on this that Madam Kusi became a member of the committee, and sat on the proceedings held on October 6, 2015.

The case was later adjourned to July 4 for continuation of cross examination.

At the last sitting the court ordered that the witness statement, of the plaintiff witness in the person of Mr Kwabena Ayapong be expunged from the records after Counsel for Mr Paul Afoko, told the court that the witness was not available.

Mr Afoko is challenging his indefinite suspension from the party, arguing it was illegal. The NPP’s National Executive Committee suspended him in October 2015 for “misconduct.”

According to him, the action and processes leading to his suspension by some members of the party were unconstitutional and a breach of natural justice.

The decision was adopted by the party’s National Council which is the second highest decision making body of the party after congress but he maintained the party erred in the decision.

Student in court for causing harm