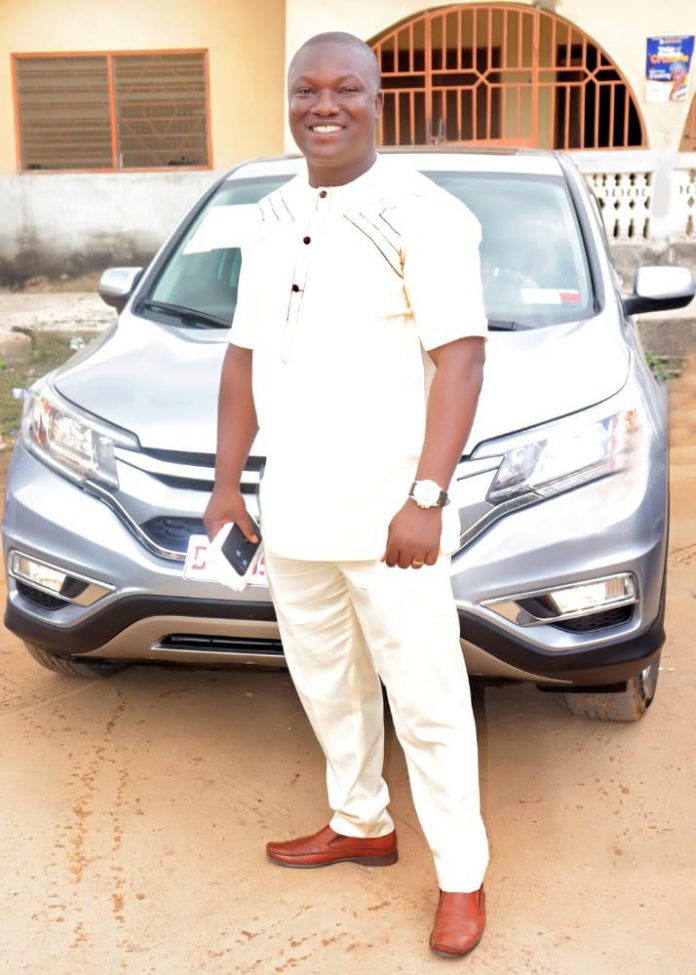 A number of grassroot supporters of the ruling New Patriotic Party in Mfantseman have appealed to the President, Nana Addo Dankwa Akufo-Addo to appoint Mr. Gabriel Amuah as the Municipal Chief Executive (MCE) of Mfantseman.

Mr Amuah is an accomplished entrepreneur with over 15 years working experience with International NGOs, Mining and Financial Institutions, ten years of which was at the top management position.

According to the supporters, Mr Amuah is fit for the job because of his experience and records of achievements in the fields of community development, entrepreneurship, small enterprises, Agriculture among others.

Describing him as hardworking, humble and development oriented with the grassroots at heart, they said he was also capable of working with the MP to bring about the much needed development to the people of Mfantseman.

These were contained in a statement issued and signed by seven Constituencies, pooling station and Electoral Area executives and copied to the Ghana News Agency in Cape Coast.

“Mr. Gabriel Amuah is a native of Mankessim, an accomplished entrepreneur, a grassroot person, Party financier, selfless, hardworking, discipline and a visionary patriot”.

“This is the kind of person we the grassroot people endorse and appeal to the President to appoint him to the high office of the Municipal Chief Executive of Mfantseman”, the statement said.

The statement said Mr Amuah had served the NPP party since 2000 and made significant contributions to its development in the constituency and was actively involved in the just ended elections.

“He has actively participated in Mfantseman politics since 2000 and has not relented ever since”, the statement said.

The statement enumerated on a number of his contributions to the party and said “in 2009 when the party went into opposition, Mr. Gabriel Amuah single handedly organized the party at Mankessim for frequent meetings, organized several outdoor activities including; clean-up exercises and keep fits, just to sustain the momentum even in opposition”.

“In 2020, he donated a split Air Conditioner fixed at the party’s conference room. “He was a member of the 2020 election campaign team and supported both the parliamentary primaries and main elections with his private vehicle which he fueled throughout the period by himself”, it added.

The rest were a donation of 200 pieces of branded party T-Shirt to support the 2012 election campaign in addition to his saloon vehicle which he fueled throughout the campaign period.

He represents the party on radio stations to propagate and defend the good works of the NPP Government, the statement added.