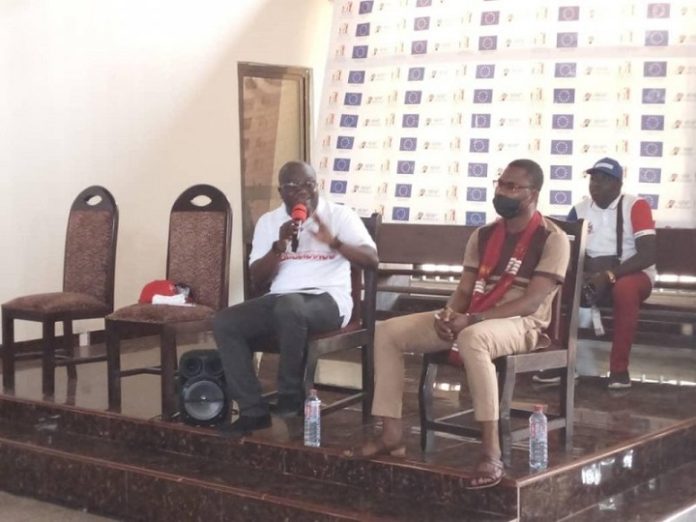 The two candidates made the pledged at a debate organised by the Ashiedu Keteke Sub-metro of the National Commission for Civic Education (NCCE) in the Odododiodio Constituency to offer the candidates the opportunity to outline their policies.

Two other candidates: Mr Nii Lante Vanderpuye, the Incumbent National Democratic Congress (NDC) Member of Parliament for the Constituency and Mr Issaka Samson, the Parliamentary candidate for the Convention Peoples Party did not participate in the debate.

Mr Bannerman said the Constituency vision was to emancipate the community people from poverty through education, health and business development.

With the free Senior High School policy, Mr Bannerman pledged to ensure that all the children in the Constituency were enrolled into school to benefit from the policy.

On his policy for the youth and employment, he promised to use his “Bannerman Foundation” to create jobs for the Constituency to improve their livelihoods.

He also said that people living with disability in the District were going to be treated fairly and if voted to power, he would ensure that they got their share of any development in the community.

Mr Otoo touching on his policy for Education, described the educational system in the country to be based on theoretical and should focus more on hands-on and should be practically driven.

He promised to facilitate the building of a first aid health post to improve the health delivery system in the Constituency.

Mr Otoo pledged to focus more on technical and vocational training to equip the youth with the needed skills for employment.

Mr Gabriel Bekoe Ofori, the Officer in charge of Ashiedu Keteke NCCE, commended the parliamentary aspirants for their comportment throughout the debate.