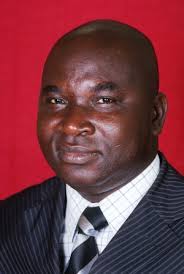 Mr. Robert Sarfo-Mensah, a former New Patriotic Party (NPP) Member of Parliament (MP) for Asunafo North Constituency in the Ahafo Region says the Party needs a reconciliation team to resolve misunderstandings among supporters and members in the region.

The team would work to identify and help emerging challenges and divisive tendencies within the Party, thereby bringing together everybody to push a vigorous electioneering in 2024, he said.

In an interview with the Ghana News Agency (GNA) at Goaso, Mr. Sarfo-Mensah who declared his intention to contest the Ahafo Regional Chairmanship position of the Party said it remained his priority to set up the reconciliation team, saying “breaking the eight in Election 2024 would not be all that easy and simple for us if we don’t stay united.

“I also believe the Party’s determination to break the eight-year rule cycle is possible if members of our great Party remain united and resolute”, he stated and stressed the need for the Party in the region to ensure an absolute unity, where everybody was not side-lined but brought on board for an effective electioneering.

Mr. Sarfo-Mensah indicated a strengthened unity in the Party would help tackle voter apathy, “which nearly caused the political downfall of the NPP in the 2020 General Election”.

“I think it’s necessary we do our homework well by ensuring that those who are offended are calmed down and those who fell neglected are also brought on board in the electioneering for a resounding victory”, Mr. Sarfo-Mensah stated.

The former MP said the NPP “deserves to stay in power beyond 2024 to achieve the Party’s vision for the nation and bring national development to the next level”, saying the Party could only achieve that with a formidable and united front.

As a stronghold of the NPP, Mr. Sarfo-Mensah said posterity would not spare the Party executives in Ahafo if the Party could not retain its four constituency seats, saying “we must also be strategic and prepare well to capture the two orphan seats in the region”.

He therefore called on the Party’s delegates to consider his candidature and vote for him as the regional chairman in the Party’s impending regional executives elections.