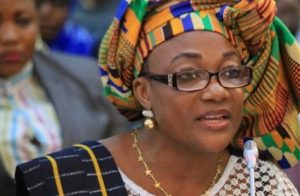 The Women’s Wing of NPP-USA has followed with interest the saga of Madam Otiko Afisah Djaba’s vetting by the Appointments Committee for the position of Minister of Gender, Children and Social Protection. 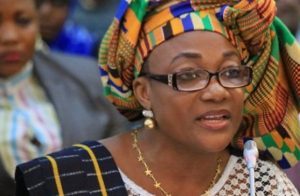 All discerning individuals would agree that her performance at the sitting was highly creditable, if not stellar. She placed her responses in the proper context, emphasizing that as a person of Northern extraction she felt “embarrassed”, as numerous Northerners did, by the Northerner ex-President John Dramani Mahama’s abysmal handling of the Savannah Accelerated Development Authority (SADA), the very project specifically designed to help alleviate the abject poverty prevalent in the northern sector of the country.

She was assertive and articulate, candidly telling it as it is, a trait that seems to be in short supply these days, in the prevailing environment of political correctness, and she refused to be cowed by the intimidating attitude of the minority committee members who have continued to cast aspersions on her character even in the aftermath of the sitting.

From our vantage point, it seems some members of the Appointments Committee, to wit members of the minority party, act as if the committee is a stage on which to settle political scores. We of the NPP-USA Women’s Wing understand the true role of the committee as ascertaining the knowledge, competence and preparedness of a candidate to carry out the mandate of the designated position. What have utterances made in the heat of an electoral campaign got to do with that, especially where those utterances were largely true, and an accurate reflection of the situation at the time?

Calling on Ms. Djaba to retract her pronouncements, or render an apology to whomever, was neither here nor there. Likewise, for Franklin Cudjoe of Imani Africa to subsequently compare Ms. Djaba to, and characterize her as “a pale shadow” of the former minister Nana Oye Lithur, was highly unwarranted and unfair. Otiko has not even started her work yet, for heaven’s sake!

We of the NPP-USA Women’s Wing condemn in no uncertain terms, the not so subtle gender bias directed towards Ms. Djaba in the form of intimidation and innuendoes. We are proud that she did not buckle in the face of intimidation mainly from the male minority members, many of who ironically are also from the North. We are confident that Ms. Djaba will be confirmed and she will perform creditably as a minister of state.