The Northern Regional Security Council has visited the Bimbilla township to ascertain the extent of damage last Thursday’s clashes caused.

Ten people lost their lives and several others were severely wounded after sporadic gunshots in Bimbilla.

The incident has been attributed to an attempted enskinment of a sub-chief in the town by the regent despite warnings from Police.

Such sporadic eruptions of violence had been recorded in Bimbilla since 2014, after one of the persons in the longstanding kinship dispute between members of the Gbugmayili gate was assassinated.

The interior Ministry has since reviewed the protracted curfew on the Bimbilla Township from 4:00 pm to 6:00am with immediate effect, following the shootings.

The District Crime officer for Bimbilla, ASP Ebenezer Peprah earlier confirmed to Citi News that, “so far there have been 10 dead bodies recovered, 17 arrested, and then 11 wounded. They are from both sides of the conflict, but majority are from the regent’s side.”

We’ll deal with Bimbilla conflict once and for all – Nitiwul

Meanwhile, the Minister of Defense and Member of Parliament for the Bimbilla constituencyDominicnc Nitiwul, has pledged to ensure that chieftaincy disputes and related clashes in the constituency do not recur.

Speaking on Eyewitness News, he lamented that such clashes have over the years stalled development and other relevant socio-economic activities in the town.

“I’ll be sending reinforcement to ensure that it never happens again. It is a challenge; but I believe that challenge we can surmount it. It just calls for me and my team to ensure that this problem is solved once and for all; because we cannot continue like this so that everyone has peace. Children have to go to school not something like this.” 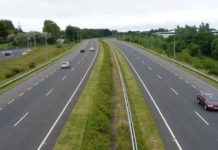 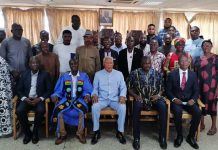 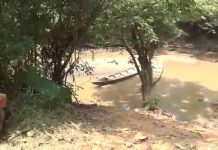 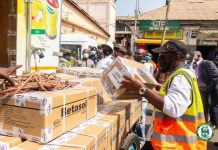 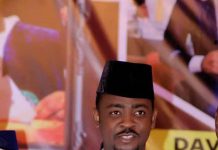