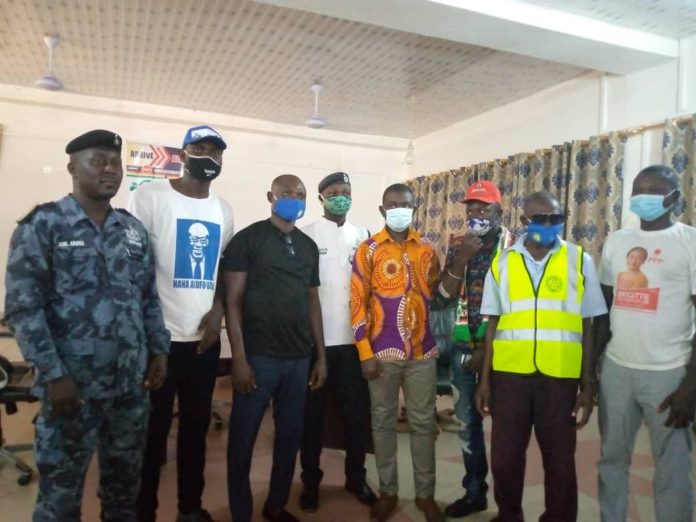 The National Road Safety Authority (NRSA) in the Upper East Region in collaboration with the Regional Police Command has held a forum to sensitize political parties on road safety measures as the country prepares towards the December 7, 2020 polls.

Mr Dennis Yeribu, the Regional Manager of NRSA, who addressed participants at the forum expressed worry about the recent increase in road crashes in the region and the country as a whole.

He said most accident cases were mostly as a result of indiscipline among road users, and urged party leaders to support the Authority to instil discipline on the roads as they embark on their campaign and other political activities.

“We want to ensure that every Ghanaian remain alive before, during and after the election, so we are imploring you the party leaders to be ambassadors of Road Safety to ensure that at all times your following would adhere to road safety precautions”, he said.

Inspector Adomu said riding without crash helmet was becoming a norm among riders and described the situation as dangerous and unlawful.

He called on youth as well as Party sympathizers to desist from plying the roads when drunk to avoid preventable accidents that claim lives on daily basis.

Inspector Adomu added that road safety was a shared responsibility, and urged road users to take responsibilities of their own safety to ensure that at all times the right measures were taken.

He called for maximum cooperation of the public in their bid to reduce indiscipline on the roads ahead of the electioneering and Christmas festivities.

They also pledged their commitment to ensure peace before, during and after the December elections.