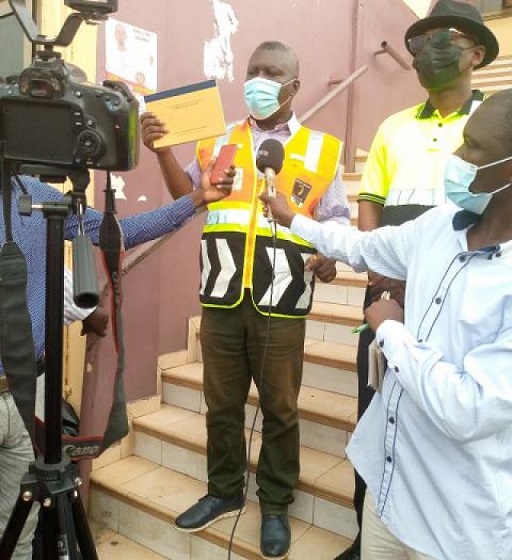 The Authority gathered first-hand information on compliance by transport operators of the directives ahead of the Easter festivity.

Mr David Osafo Adonteng, Director of Planning and Programmes of the NRSA, said the issuance of the directives came as a result of a deep investigation in the fatal crashes that occured from 2010 to date, resulting in many deaths on some roads including that of Kintampo, Saula, Obuasi, Kyekyewere, Akyem Asafo.

Investigations revealed a clear trend of high speed, tiredness among others coupled with poor visibility and lack of knowledge on the part of drivers.

He said the Authority was enforcing in earnest provisions that related to the unfortunate practices on the side of transport operators in the road traffic regulations.

Mr Adonteng said NSRA had identified key areas that would help minimize the numerous clashes on the road by ensuring that all transport operators’ drivers obtained formal training.

He commended the VIP transport service for adhering and implementing 70 percent of the directives and urged the company’s management to complete implementation within four weeks.

He said transport operators who failed to comply with the directives would be sanctioned, including the revocation of license and issuance of penalty not less than GhS24,000.00 and not more than GhS60,000.00.

He added that the mechanism would not be implemented with immediate effect since it was a new concept and that time would be given before applying the sanctions to get collaboration and acceptability.

Mr Manso said every single bus routed to the five northern regions on more than eight hour travel time, doing more than 500 kilometres, had two competent drivers to ensure the safety of passengers.

Mr Manso stated that the company had issued each bus a logbook to record the number and names of the drivers as they also documented activities in the course of the journey.

He said they had put together a team of thirteen road safety officers who were to ensure that the buses were properly checked before leaving their various terminals.

He said about 70 percent of the vehicles had their conspicuous symbols like the retro-reflectors displayed and that they would ensure that the remaining 30 percent were done.

Dualisation of roads on course – Minister