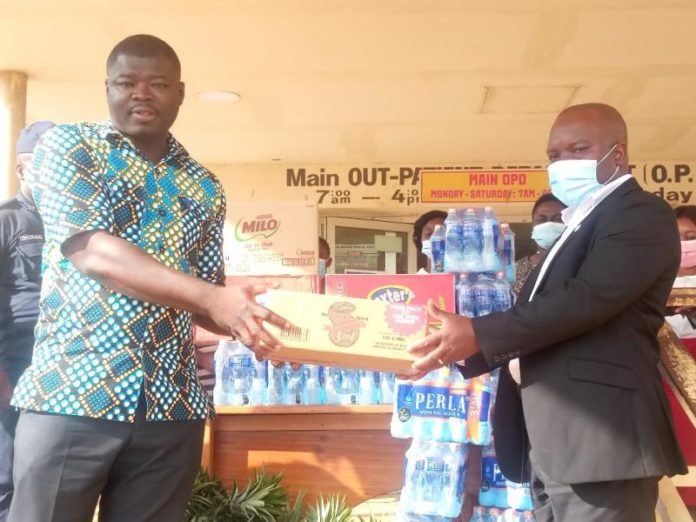 The National Road Safety Authority (NRSA) has presented several food items to accident victims on admission at Bono Regional Hospital in Sunyani, as they world mark the Day of Remembrance for Road Traffic Victims (WDR).

The 17 victims were involved in separate road crashes, sustained degrees of injuries, and were recuperating at the emergency unit of the hospital during a visit on Monday.

Each of them received watermelons, oranges, pineapples, milo, bottled water, biscuits, and other consumables.
The United Nation’s WDR is commemorated on the third Sunday of November each year – to remember the many millions killed and injured on the world’s roads, together with their families, friends and many others affected.

Mr Kwasi Agyenim-Boateng, the Bono, Bono East and Ahafo Regional Head of the NRSA, noted the devastating effects of road accidents on families and society were enormous, and advised drivers to adhere to road traffic regulations.

He reminded human error remained the major contributory factor to road accidents, and appealed to drivers to be cautious on the road by regularly checking their tyres, brakes and lighting systems before journeying.

Mr Samuel Dodzi, the Head of Administration at the Regional Hospital thanked the Authority for the assistance saying as a secondary and referral facility, the hospital required more support from the public.

He however, called on the NRSA to intensify road safety campaigns to help minimize crashes and save lives and property.