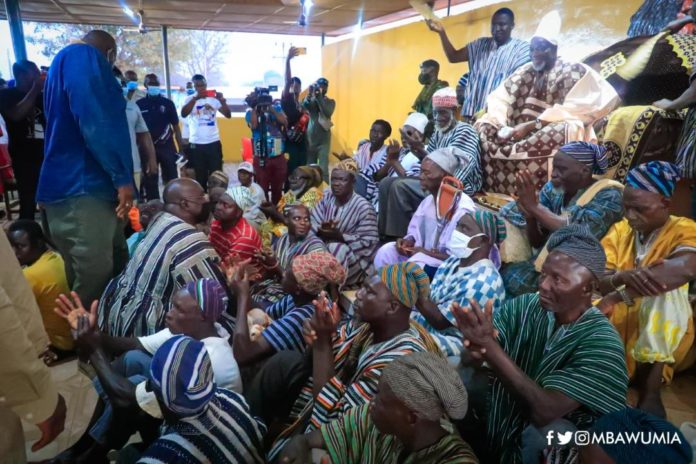 The National Road Safety Authority (NRSA) has advised Muslims to exercise caution on the roads as they celebrate this year’s Eid-Ul-Fitr.

Reverend Charles Ntim, Advocate and Communicator, NRSA, said the loss of lives to road crashes arising from carelessness was at an alarming rate and must be stopped.

“Since the inception of COVID-19 in the country, people have lived a very cautious life because of the fear for this disease. However, one pandemic, which hasn’t been given much attention, but has claimed more lives than Covid is road accident. We must fear this pandemic more than anything,” he said.

Rev Ntim was addressing Muslims within the Okaikoi District on Monday ahead of the Eid prayers in Accra.

Also present at the engagement were Madam Catherine Hamilton, Greater Accra Regional Director, NRSA, and other officials of the Authority.

He congratulated them for a successful fast and for sacrificing their pleasures to seek the face of Allah on behalf of Ghana.

Rev Ntim said during such festivities, one was often overtaken by the joyous moment, which could cause a neglect to vigilance on the roads.

He, therefore, urged them not to throw caution to the wind and remember that their families, loved ones and Ghana as a whole, needed them alive.

“It’s unfortunate that you’ll sometimes find about three people seated on one motorbike causing overloading. Secondly you will not see any of them wearing a crash helmet, which puts everyone’s life in danger.”

“Most of you here are breadwinners. If you become careless on the roads and lose your lives, you have disappointed a lot of people whose livelihoods depend on you,” Rev Ntim said.

Madam Hamilton, during a later on engagement with Sheikh Abdul Rahman, Imam of Okaikoi District, thanked him for the audience given them to sensitise his people.

She said the NRSA would continue engaging them and presented some souvenirs for distribution to aid in continuous awareness creation.

On his part, Sheikh Rahman lauded the Authority for the immense work being done to ensure safety on roads.

He assured that they would serve as ambassadors of road safety in other Muslim communities.

A total of 734 persons lost their lives to road crashes, whilst 4,025 others sustained various degrees of injuries, within the first quarter of 2022.

Over 90 per cent of road crashes are attributable to indiscipline on the part of road users.

These include excessive speeding, overtaking without due care to other vehicles, driving tired on the part of drivers, jaywalking, non-wearing of crash helmet and passing red-light.