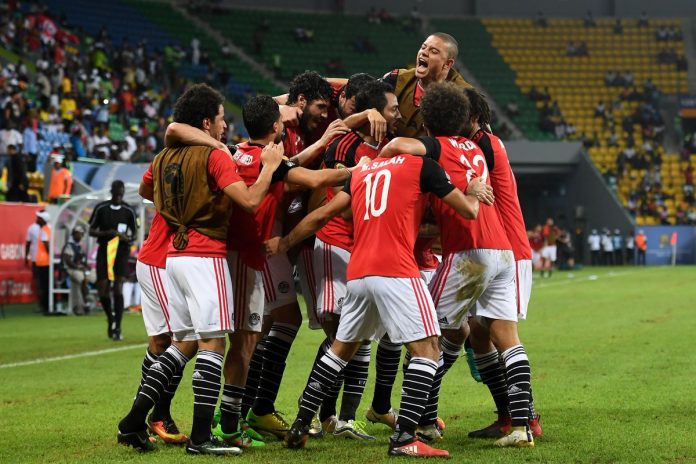 The Director General of the National Sports Authority (NSA) Mr. Robert Sarfo Mensah has said that his prayers is for Egypt to lose against Uganda as they lock horns in the qualifiers of the 2018 World Cup in Russia.

The Pharaohs of Egypt have amassed six points in Group E and top the standing after beating Congo and Ghana in their their two matches played so far.

Uganda are lying second with four points whilst Ghana and Congo have with one point and zero respectively.

The Black Stars of Ghana will play Congo on Friday, September 1 at the Baba Yara Sports Stadium in Kumasi before travelling to Congo Brazzaville for the return encounter whilst Uganda hosts Egypt on Thursday, August 31.

Though Egypt, the seven times Africa Champions are in a better position to qualify to the quadrennial showpiece, the NSA boss told the GNA Sports that he is “praying and fasting that Egypt slips tomorrow against Uganda so that our chances will be brighter.”

“This is the beginning of our qualification to the World Cup. The previous matches played are over. What I want to tell the Black Stars is that, they should do their best to win for us. They should forget about all the permutations and win all the matches.

“They should concentrate on our remaining four matches and I believe that with God on our side, Egypt can slip against Uganda. In football anything can happen and that’s all what we hopping for.

This year’s qualification is similar to what happened in 2006 and I don’t think it is beyond us. Ghanaians are counting on them and whatever they need to do, they should do and qualify us to the tourney.”

Ghana will be chasing her fourth appearance to the competition under Coach James Kwesi Appiah who qualified the country to the last edition in Brazil.