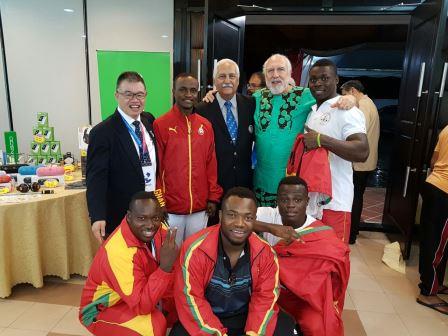 Eighteen Federations made the proposal at a meeting last Friday, asking Nunoo Mensah to take over the mantle from the Prof. Francis Dodoo-led administration to chart a new course for the GOC.

The source said members also concluded they would ensure that every federation played a part in the running of the GOC both at the board and the subcommittee level, should Nunoo Mensah be handed the mantle of leadership of the committee.
The GOC goes to the polls in March and sports lovers in Ghana are hoping for a change to a positive direction.