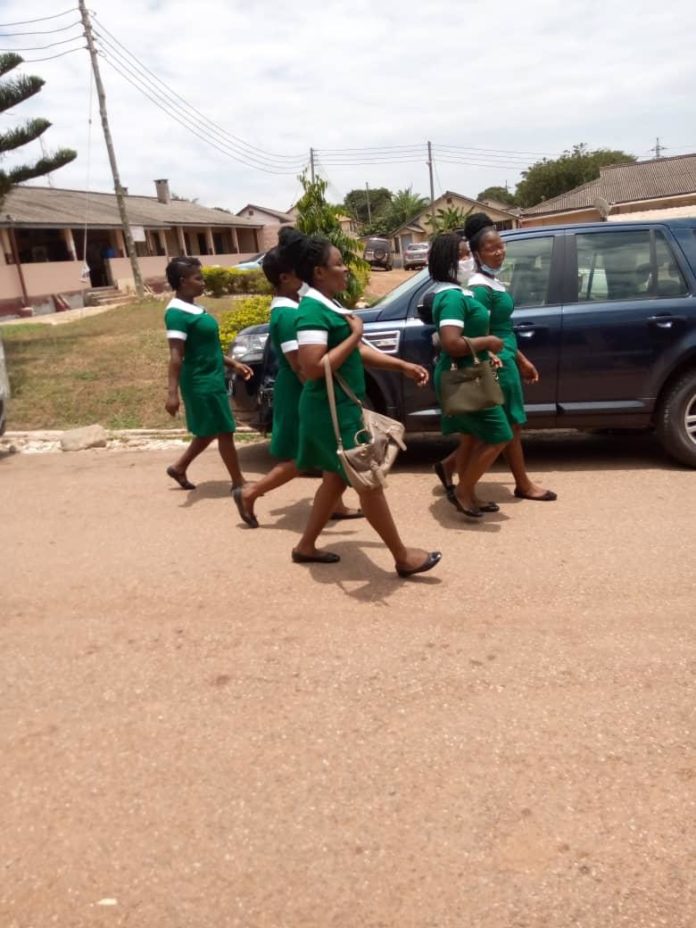 Nurses in the Greater Accra Region on Thursday resumed work following an agreement reached by the Ghana Registered Nurses Association (GRNA) and the National Labour Commission (NLC) after embarking on a three-day strike.

Nurses, midwives, Physician Assistants and Anaesthetists in the public sector withdrew their services on Monday, September 21 to demand for improved conditions of service.

The strike left many patients stranded nationwide because of the absence of health personnel.

But the NLC directed the Ministry of Health and the GRNMA, to renegotiate and develop a document which will favour both parties by October 28, 2020.

A visit to some hospitals in Accra namely, Adabraka Polyclinic, Achimota Hospital and the Greater Accra Region Hospital revealed that the nurses had respected the decision of the NLC by resuming to their duty posts.

In an interview with the Ghana News Agency (GNA), Mr George Boakye Yiadom, the Administrator of the Adabraka Polyclinic, stated that the nurses reported back to work without complaints.

He said the strike action affected the hospital’s work as patients were left unattended to, adding, “their return has brought a big relief to the patients”.

Also, Mrs Vivian Gbekle, the Head of Nursing at the Adabraka Polyclinic said, her nurses at her outfit reported to work today earlier than before and that she went round the wards to ensure that nurses at all the wards were at their duty post.

At the Achimota and the Greater Accra Regional Hospitals, the situation was not different as the nurses were seen busily attending to patients.

The Officials, however, refused to speak to the GNA news team, requesting the team to seek permission from the Regional Health Directorate.