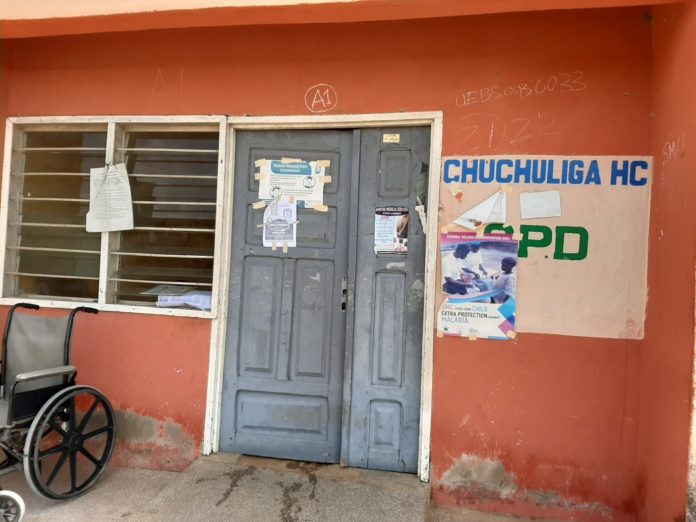 Patients on admission at the Sandema District hospital in the Builsa North District of the Upper East Region are without care from nurses, midwives, and Physician Assistants following the nationwide strike action declared by their various Associations.

At 0900hours when the Ghana News Agency (GNA) visited the hospital to ascertain the impact of the industrial action by the major critical staff in the healthcare system, it observed that there was no nurse or midwife at all the wards and the Out-Patient Department (OPD).

Madam Elizabeth Anokato, who was at the OPD with the hope of receiving care from nurses before she sees a Physician Assistant, was disappointed and quietly walked out of the OPD when she was told about the strike action.

At the paediatric ward which had about eight children on admission, there were no nurses to care for the children, a father, Mr Peter Akanba whose son was on admission told the GNA in an interview that “my son had an accident last night and we rushed him here.

“Unfortunately this morning, I was told that the nurses are on strike, I am just confused and helpless. The boy is suffering in pain. Looking at the way the patients are lying helpless without care, the government should listen to the plight of the nurses so they can return to work to help us.”

At the three-bed capacity emergency ward, which had two patients at the time of the GNA’s visit, Mr Elijah Atamale who was on admission, said “I was admitted last night, but was later told that the nurses will go on strike today. When it was 0800hours, all the night nurses left.”

“Since they left, we have been lying here without care, and not knowing whether a Doctor or nurse will come around. Whatever their demands are, I pray that the government listens to them so they return.”

The situation at the male medical and surgical wards were not different, the usually busy wound dressing procedures at the surgical ward was not seen as patients laid in bed with undressed wounds.

Even though no patient was on oxygen and nasogastric tubes at the adult wards, most of them, especially at the male medical wards were on urethral catheter, while at the Neonatal Intensive Care Unit (NICU), out of five babies, two were in critical condition with oxygen machines placed on them.

Ms Zenabu Zimi, the District Chairperson of the GRNMA who visited all the units in the hospital to ensure that non of her members were available to render care, told the GNA in an interview that they had been taken for granted by the government for far too long.

“We feel bad that we are not performing our usual duties as nurses and midwives. Government has to listen to us, you can imagine the type of work we do, we change diapers of patients and dress their wounds daily and at the end, we return home with smelly uniforms.”

Dr Bertrand Agilinko, the Acting Medical Superintendent of the hospital who was busily attending to patients alone at the maternity and NICU, said management was working to control the situation in the hospital, adding that they would discharge no critically ill patient.