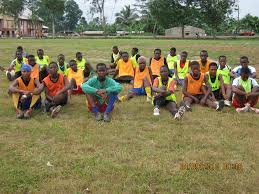 Soccer Intellectuals FC earned a had fought lone goal victory over Immigration Ladies courtesy a Jennifer Mensah Adjei’s strike in the 78 minute to travel home with the maximum points.

The 1-0 score line was all the Cape Coast based club needed to humble Immigration Ladies FC in match-day seven of the National Women’s Premier League at the Mcdan La Town Park.

Though the first half ended barren, Soccer Intellectuals’ Mary Essiful and Moussirietou Adina-Akpo were gifted with glorious opportunities to give their side the lead, but Immigration Ladies’ goalie Mary Neequaye was on spot to deny the visitors the lead.

From recess, both sides were eager to snatch victory and when it appeared the match would end goalless, 16-year old Mensah Adjei capitalised on a defensive blunder from Immigration Ladies to place the ball beyond the reach of goalie Neequaye to fetch the lead for her side in the 78 minute .

With the clock ticking and entering into regulation time with 12 minutes left, Immigration Ladies mounted pressure on their opponent to steal a point, however, Soccer Intellectuals’ defense were on alert to maintain and defend the 1-0 score line.

The victory gives Soccer Intellectuals’ 12 points, having won four and losing three whilst the Accra based club are still stuck on five points with only one win in the first round of the NWPL.

Immigration ladies’ goalie Neequaye was adjudged the NASCO best player of the game.