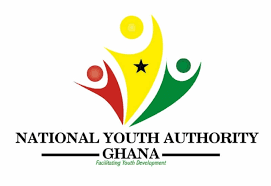 The National Youth Authority (NYA), Tema, has inaugurated a Youth Parliament in the Tema metropolis to encourage the youth to participate in the development of their respective communities.

The Youth Parliament, which comprised of 30 members; 20 Majority and 10 Minority, was tasked to discuss important contemporary issues including; corruption, youth development and social media, and geared towards promoting good governance and development across the Metropolis.

She said “corruption has a rippling effect on the youth and the fight against it is a share and collective responsibility thus there is need to speak up.”

Alhaji Shehu Abdul Kadiri, Metropolitan Coordinating Director, TMA, who spoke on behalf of the Metropolitan Chief Executive (MCE), said the youth parliament was a mock parliament to be monitored and mentored on parliamentary proceedings, and had standing orders like the Assembly.

He expressed optimism that their deliberations would lead to mock bye-laws for the consideration of the Metropolitan Assembly.

According to him, the youth parliament concept had the potential of serving as an advocacy tool for the youth as they contribute immensely to national growth and community development.

He said, “I believe this will not end here but most likely some of you will become parliamentarians in the nearest future.”

Mr Christian Amoah, Speaker of the Youth Parliament, expressed gratitude to the TMA and further appealed to the Assembly to allow them to observe proceedings at their general assembly meeting.