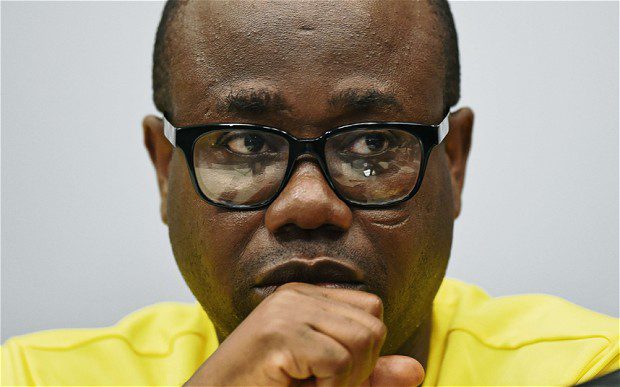 President of the GFA, Kwesi Nyantakyi, named Afriyie as the vice president for a four-year term

He takes over from Mr Fred Crentsil who lost his position as an Executive Committee member in an election held a month ago.

The first meeting of the newly-formed Executive Committee was held to discuss the direction of Ghana football for the coming years.

Afriyie, 45, was named by the GFA president in accordance with Article 30.3 of the First Amendment of the GFA Statutes passed by Congress on December 30, 2014.

The newly-named GFA vice president has vast experience in football administration in Ghana after serving in various leadership positions with several clubs in the country including Swedru All Blacks, Accra Great Olympics and Liberty Professionals.

He has also worked with the various national teams in leadership positions.

He served as the management committee chairman for the Black Meteors and Black Satellites as well as working on the Premier League Board and the Division One League Board.

He is currently a member of the Confederation of African Football (CAF) Marketing and TV Rights Committee.

Meanwhile, Eddy Doku, Nanabanyin Benjamin Eyison and Kweku Eyiah have been named to serve on the Emergency Committee.

They will join Kwesi Nyantakyi and George Afriyie to serve on the five-man body.