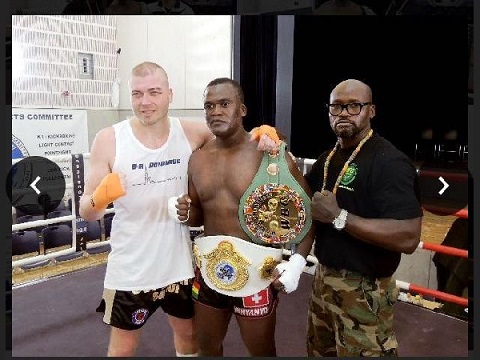 Nmai who hails from La was in top form ensured he took the belt before his home fans in grand style.

Michael Abban won over Godwin Tetteh in a Flyweight contest.

Mr. Michael Annan, CEO of Don’s Promotions thanked all guests who attended the ‘Unleashing The Titans Return’ event at the Labadi Beach Hotel on Saturday, May 15, 2021.

Middleweight Obodai Sai of Ghana won by a TKO against Mrisho Adam from Tanzania in the main event of the night.