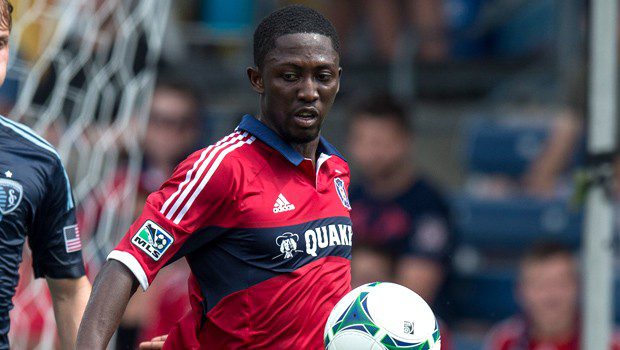 Ghana striker Patrick Nyarko scored his first goal of the season for Chicago Fire in their 5-4 win over New York Red Bulls on Saturday.

The Ghanaian international scored the 5th goal of the match in the 64th minute after impressing heavily during the nine-goal thriller.

Rookie Harry Shipp was the star man for Fire as he led the way for the side with a three-goal, one-assist performance, but red-hot Red Bulls striker Bradley Wright-Phillips kept his club in it with his second hat trick of the season.

That marked the first time in MLS history that two players recorded a hat trick in the same game.

The win was Chicago?s first of the season and improved them to 1-2-6. New York, meanwhile, fell to 3-3-5 and saw their 13-game regular season home unbeaten streak come to an end.