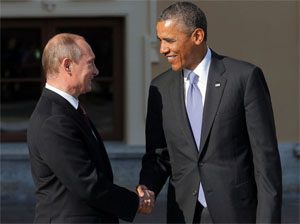 Deputy National Security Adviser Ben Rhodes said the meeting between Obama and Erdogan will occur on the sidelines of the summit. The leaders are expected to discuss the coup attempt and ongoing efforts to fight the Islamic State in Turkey.

Since the July 15 coup attempt, relations between Turkey and the United States have been increasingly strained — particularly over Ankara’s request for extradition for a cleric presently living in Pennsylvania, who Erdogan believes was behind the attempt.

“We have a broad and active agenda,” Rhodes said.

The American leader is also set to speak with Russian President Vladimir Putin — likely for the final time of Obama’s presidency — at the summit. Topics of discussion there will likely include Syria and Crimea.

Last week, Putin said he had agreed to meet with French President Francois Hollande and German Chancellor Angela Merkel at the summit to discuss the same issues.

During the summit in Hangzhou, officials said Obama will also meet with Chinese President Xi Jinping. After the summit, Obama will travel to Laos, which Rhodes called a “historic event.”

The president will travel to China on Saturday. This year’s G20 summit, Obama’s last, will run from Sept. 4-5.