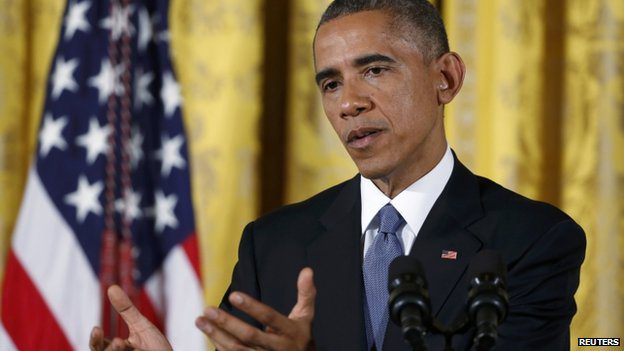 Obama “extended sympathy, on behalf of all Americans, to the victims’ families and loved ones,” and offered continued U.S. assistance and support in the ongoing investigation, said a statement issued by the White House.
Two gunmen on Wednesday entered Tunisia’s National Bardo Museum through the parliament building and took a group of tourists as hostages before security forces stormed the building.
The Islamic State extremist group on Thursday claimed responsibility for the deadly attack, which left 23 people dead and about 50 injured.
In his telephone conversation with Essebsi, Obama affirmed “continued robust” U.S. cooperation on counterterrorism and broader security issues with the Tunisian government.
The U.S. president also commended the Tunisian people for their “commitment to standing strong and united in the face of terrorism,” and reiterated that Tunisia’s “inclusive democracy is a powerful example in the region and beyond,” said the statement.? Enditem