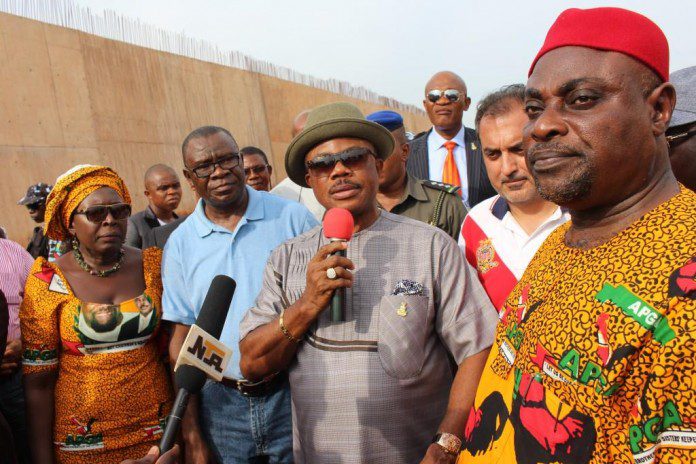 The governor of Anambra State, Chief Willie Obiano has dropped hints of a plan to build an ultramodern millionaire?s city that will reflect the proud heritage of NdiAnambra as the home of the greatest number of billionaires in Nigeria. 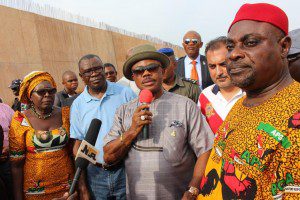 Obiano who spoke during his inspection of three flyovers that are rising simultaneously in the emerging city of Awka at the weekend said, ?We have avision of building a Millionaire?s City. Most of the millionaires in Nigeria are from Anambra. I also understand that most of the people who own private jets in Nigeria are from Anambra. So, we want to set up a place for them where they can come home and build befitting estates with helicopter landing pads,? he enthused.
Expressing the hope that the Millionaires City concept would attract the state?s illustrious sons and daughters who have catalysed development across Africa but left their home state as a wasteland, Governor Obiano restated his commitment to ensure that Anambra remains crime-free as it was crucial to all development efforts.
?We still maintain zero-tolerance for criminals in Anambra State. We have enough work for everybody,? Obiano assured pointing out that the three flyovers that are under construction in Awka had created over 1200 jobs while Coched Farms Limited, an Agro-allied firm operated by the Coscharis Group in partnership with the state government had so far employed over 700 people in its first phase of operation.
The governor?s plan for a Millionaires City may not be unconnected to recent research findings that indicate that Anambra is home to over 1500 billionaires. Obiano also spoke of the plans to open up bid for the Millennium city project saying that Awka Capital Territory Development Authority ACTDA would soon be processing requests for lands in the choice location.
?The Awka CT will determine the kind of buildings to be erected in different locations,? he remarked and further revealed that the aerial mapping and photography of the AwkaCaptial Territory had finally been completed and approved by the Anambra State Executive Council.
?The aerial photography of the rest of the state would have been concluded by now but the weather would not permit that. So they will continue in October. By December they would have done the aerial mapping of the rest of Anambra State. So this aerial mapping has a great deal of importance to Anambra State. It will assist in estate development, erosion control, agricultural planning etc. It will also bring down the cost of doing business in Anambra State. We are one of the few states that have done it in Nigeria,? governor Obiano remarked.
According to him, the aerial mapping was the first stage of the state?s digitization programme. ?When we are done with the Aerial mapping, we shall go to the next stage which is the GPS stage of this project where the GPS in our cars will guide us to different locations across the state.
Governor Obiano also revealed that four different companies are bidding to handle the design of the proposed Awka Capita City. ?The companies have made their presentations and the tender board will review and advise on the best option. By the time they are done, the chosen design will be super-imposed on the present Awka. That will give us a clear idea about the changes to make. On the whole we shall choose a design that will give us minimal compensation to pay as we expand Awka to be one of the best cities in the world. Just like everything I do, I am very serious about this project and I want to re-assure NdiAnambra that this project will be completed on time,? the governor added.
Governor Obiano also announced that as part of the overall plan for the anticipated Awka Capital City, he had directed the Special Committee on power to include Awka in the captive Power Project which gives special locations 10 megawatts of electricity. Other cities on the scheme are Onitsha, Ozubulu and Nnewi.