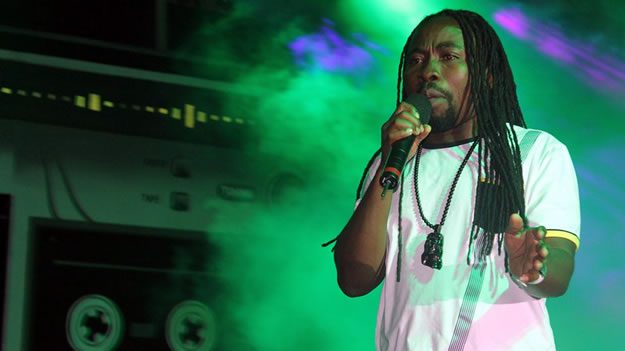 Top Ghanaian rapper Obrafuor has questioned the viability of the Ghana FA’s move of using musical performances at stadiums to boost patronage of Premier League games.

GFA President Kwesi Nyantakyi announced two months ago an agreement has been reached for top Ghanaian artistes like Shatta Wale and Sarkodie to perform at selected match venues in a bid to lure attract patronage of the local league.

The idea is to capture portions of the fan base of these celebrated musical icons for local football as part of plans to halt the alarming decline of patronage for Premier League matches.

But award-winning rapper, Obrafuor who could be roped in to perform at Premier League centers feels the problem of the massive decline in patronage of the Ghana league cannot be solved by bringing in entertainers.

“In general, it’s not a bad idea. But then question arises, what do people want to come to the stadium to see? It’s football,” he said.

“Why do you think the enthusiasm for football is low? That is where they should start from.

“They should look at why the attendance is very low and find a solution. I don’t think it is mainly entertainment or bringing musicians on board.

“With that, you’ll pay the musician, it an added cost.

“Will you bill the spectators with that?

“It’s not a bad idea overall but that will divert the attention from soccer to music.”

The Ghana FA says it will implement this initiative on a pilot basis at selected Premier League centers before deciding to fully adopt it.