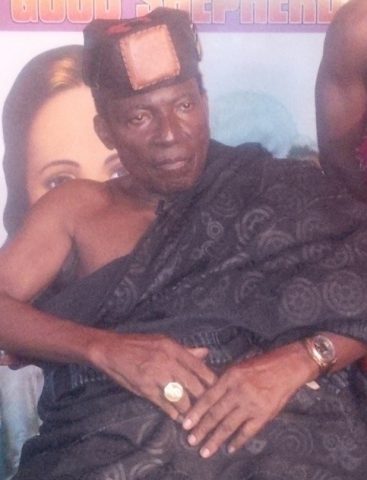 Chiefs and their elders have for centuries played significant roles in the development of Ghanaian societies and they have also served as the embodiment of our traditions and histories.

Significant changes witnessed in this country immediately after independence and in the latter part of the 20th century have led to the diminishing of the role of several traditional authorities. 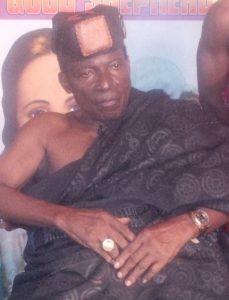 One paramount chief who has however remained very relevant in the face of the huge social, economic and political changes is the paramount chief of the Appiadu Traditional Area, near Kumasi in the Ashanti Region, Odeefour Owusu Amoaye II.

Since his enstoolment at the tender age of 14 years in 1950 he has never relented in his efforts to bring development to his people at Appiadu, the Golden Stool and the nation as a whole.

Speaking in an interview with Agyenim Boateng, host of Meman Nti program to be aired on Angel TV, Odeefour Amoaye II revealed how he has been privileged and inspired to serve three kings of the Asante kingdom, namely; Otumfour Sir Agyeman Prempe II, Otumfour Opoku Ware II and Otumfour Osei Tutu II.

Enumerating some of the interventions he has initiated to improve the lives of his citizens, Odeefour mentioned some school blocks he has constructed to boost the education of pupils and students in that traditional area.

He has also in the past and now continues to offer scholarship to brilliant students to pursue various programmes of study at the tertiary institutions and colleges of education. He is proud that his interventions in the educational sector are paying off as the beneficiaries of his generosity are now contributing to the development of Ghana in diverse ways.

The acute water challenges faced by the residents of Appiadu was also resolved following the construction of a mechanized bore-hole that pumps water into reservoir, from where the township fetch water for domestic and other uses.

Odeefour Amoaye II also constructed a state-of-the-art center for training of the youth in ICT to equip the youth to make them competitive in the global arena.

Other developmental projects include the construction of a community center for social and other gatherings and a spacious funeral and durbar grounds, where well-organized funerals are held by the townsfolks.

As a measure to compliment the efforts of the government in encouraging people to use the banking system, a microfinance scheme christened, Appiadu Microfinance, has been established for the community. This has come as a relief to the townsfolks who hitherto had to commute long distances to access any banking service.

Odeefour Amoaye II who expressed delight for having to represent Otumfour Osei Tutu II at several meetings and gatherings took the opportunity to advise other traditional rulers to join the fight against illegal mining (galamsey) to protect their environment for the sake of posterity.

He also advised politicians to shun away from corrupt practices and rather protect public purse and he also called on Ghanaians to support the administration of President Nana Addo Dankwa Akufo-Addo to succeed and deliver on its mandate to the people of this country.

One district, one factory policy is my baby – Kumasi pastor