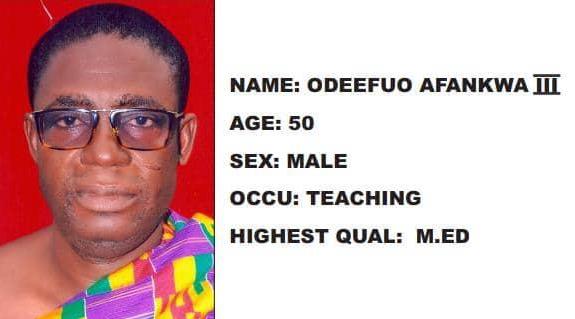 He polled 31 votes of the total votes of 44 beating six other contestants in his bid to be the Regional representative of the Council of State.

Mr Nkyi Kwame Patrick and Mr.Nana Kweku Awuku withdrew from the contest. Odeefuo Afankwa, 50, said his vision was to lobby for the development of the Region and ensure local government actors were well resourced to work efficiently.