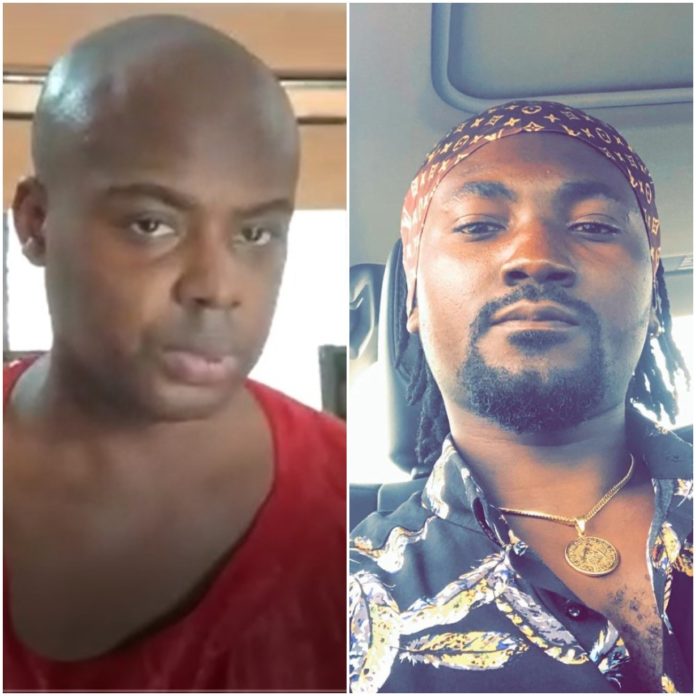 The Abeka District Court has been informed that Ofankor landlord who is being held for murder was being in the custody of the Accra Central Police Station (CID) cells contrary to the orders of the court.

According to the case investigator Oppong Bekoe after the court had ordered that suspect be remanded into prison custody at Ankaful Prisons, the suspect was to undergo COVID-19 test hence the decision to keep him at Accra Central cells before being sent to the prisons.

According to the investigator, the suspect was sent to the Ghana Police Hospital for the test and two weeks later, the COVID-19 test results was received.

He said “during that time, accused person was at the Accra Central Police Cells and we had a directive from the Attorney General to conduct further investigations and we needed suspect to assist us in that direction.

My Lord after the investigations, accused was sent back to the Accra Central Police Cells,” the investigator said.Inspector Bekoe mentioned one Don Bosco, a witness in the case was aware of the development and got in touch with the deceased’s sister to come and ascertain the whereabouts of the accused but she never turned up.

The investigation further told the court that he has been assured by the legal officer at the Attorney General’s (AG) office that the advice of the AG would soon be ready.

The deceased father, Joseph Okyere however told the court that he was not aware of what the case investigator had told the court.
The court presided over Mrs. Adwoa Akyaama Ofosu said the accused had not escaped in police custody and they could ascertain that before accused was sent to Ankaful Prisons.

The matter was therefore adjourned to September 30. On September 1, this year, the Court appealed to the family of Benjamin Okyere, the tenant who was allegedly murdered in cold blood by his landlord to exercise restraint as investigations into the whereabouts of the suspect is ascertained.

The court for the second time ordered the case investigator to appear before it to answer certain questions concerning the murder case.
The father of the deceased, Joseph Okyere, had alleged that currently the family of the deceased fear for their lives because the accused, Stephen Nana Kamkam, who was remanded by the court into custody cannot be traced in any of the prisons.

According to the deceased father they have conducted checks at Nsawam and Ankaful prisons and nothing showed that the accused was in any of the prisons.

According to Mr. Okyere their fears were confirmed after the accused’s mother stated that her son would never sleep in jail and she would make sure her son was released.

Due to the allegations raised by the deceased father the court adjourned the matter to today to enable the case investigator to come and answer questions from the court.

Stephen Nana Kamkam, the Ofankor landlord allegedly murdered his tenant Benjamin Okyere in cold blood over rent.
It would be recalled that Kamkam, a businessman, was arrested by the police when he allegedly shot and killed Okyere, his tenant and musician over rent on May 25, this year.

Kamkam, also known as Nii Kojo Konim Obio-Cyhoera, has provisionally been charged with the murder of Benjamin Okyere but his plea has been preserved by the Court.

The Prosecution, led by Chief Inspector Ahialey had earlier told the court that, the deceased was a musician who lived at Ofankor Spot-M and Kamkam, his landlord was into real estate and resides in the same vicinity.

Prosecution said two years ago, the deceased rented an apartment from the accused, but the tenancy expired on May 24, this year.
He said Okyere opted for renewal of the tenancy agreement, which Kamkam agreed, but later changed his mind and therefore asked Okyere to vacate the apartment and that he should leave and hand over the keys.

Prosecution said on the afternoon of May 25, Kamkam took his loaded pump action gun, hired a taxi, and went to the residence of Okyere.
He said on reaching the venue, he alighted from the taxi, called out Okyere at the gate, and requested that he hand over the keys of his apartment to him.

The prosecution said the deceased, who knew the behaviour of Kamkam, had earlier called one John Bosco Kotah, a Police officer friend on the phone to come to his aid.

He said when Kotah arrived, he saw Kamkam in possession of the weapon so he got scared and rushed to Okyere’s room and picked a phone to call another Police friend to assist them.

Chief Inspector Ahialey said by then, the deceased was at the main gate with the accused and without any provocation, opened fire, and shot Okyere four times at close range.

He said when Kotah heard the gunshots, he came out of the room only to see the accused running away so he chased Kamkam to a distance but being scared the accused might harm him, he returned to attend to Okyere.

Prosecution said Okyere was rushed to Anecja Hospital at Tantra Hills and later sent to the Achimota Mile Seven Police Station where a formal complaint was lodged.

He said Okyere was subsequently rushed to the Police Hospital where he was pronounced dead on arrival.
Chief Inspector Ahialey said a team of policemen, led by Deputy Superintendent of Police, George Asare, proceeded to the crime scene forensic evidence.

He said four spent AA cartridges were retrieved at the scene and the accused was later arrested at his residence at Ofankor Spot-M.
The prosecution said two pump action guns, loaded with seven and eight rounds of cartridges respectively, were found in his room.